Tomorrow we will be revealing this year’s shortlist for B&T‘s tenth 30 Under 30 Awards. To whet your appetite, here’s the final installment of our retro 30 Under 30 series where we tracked down our original winners to find out where they are today.

If you missed the others featured in this series, you can check them out here. It’s an incredibly talented and successful bunch of people who have shared some valuable lessons they’ve learned along the way.

One of these people is Will Worsdell who we chat with today. He’s worked both agency and client side and last year co-founded his own brand experience agency in London: The Park.

Worsdell started his career at Lowe London working across brands like Stella Artois, Reebok and Johnson & Johnson. He then switched to client side, as a marketer for UK broadcaster  Channel 4 and its drama, film and music output. Among other highlights, he led Channel 4’s launch of 4Music to become the UK’s most watched music channel.

In 2009 Worsdell left the UK to become strategy director at Colman Rasic, heading up clients including Coopers, iShares and MTV Exit. Working closely with agency founders Ben Colman and Dejan Rasic on new business, he helped the agency win the News Magazines account to launch MasterChef, which sold the entire print run in four days.

Rufus Radcliffe, who was director of marketing at Channel 4 Television at the time, commented, “Will Worsdell is going to be all of our bosses one day. He has that rare combination of business acumen and creativity.

“Many senior figures in advertising claim they have it. Will does. He’s the real deal. At the heart of his decision making process is the best interests of the brand.

“Will has launched new TV channels, overseen major events and festivals, formed award winning brand partnerships, and developed some of the most provocative, effective creative work we have produced. And he’s a nice guy with it.”

It was a nice confidence boost as it was chosen by some well-respected industry people. It also meant my friends had an opportunity for a good laugh at my profile photo.

How do you think being nominated affected your career, if at all?

There were certainly a few cold calls from recruiters but I don’t know if it affected my career massively. I’d like to think my subsequent employers would have hired me regardless but it’s definitely a nice thing to be able to put on the CV.  Probably more than anything it just gave me a bit of confidence that I was alright at my job.

What’s been the biggest change to your life since then?

Since then I’ve met my wife, moved to the other side of the world and launched an agency so they’re all pretty big! Professionally the biggest change would definitely be launching The Park last year. Life-changing in a wonderful way.

What words of wisdom would you have shared with your 28 year old self back then knowing what you do now?

Chill out, there’s no hurry. The only danger with 30 under 30 type things is they can make people feel like they need to rush to achieve as much as they can as quick as possible.

Don’t rush to be promoted until you’re truly ready, it can be good to have longer to really understand your craft before being put into a leadership position where you’re expected to know it all.

Oh, and lose that scarf from your profile photo. What were you thinking?!

What are you most proud of?

Professionally, it would be starting The Park and getting through our first year with some great clients, good work and co-founder friendships firmly intact. I always wanted to have a go at my own business and running an agency. So far it’s been everything I’d hoped it would be, and more. I’m learning and having fun, can’t ask for more than that.

What do you see as the biggest challenges that face young people in advertising, marketing and media these days?

On a human level, as it has been for some time, I think the biggest challenge is around work/life balance, stress management and mental health.

On a professional level I think their biggest challenge is remembering they’re rarely the target audience (or anything like the audience) and to not jump on the latest tactic for the sake of it or because it seems fun.  Strategy before tactics every time.

Conversely, what’s the biggest opportunity for those under 30 now?

The range of roles and companies and opportunities to start your own business has never been greater.  Technological developments have removed many of the barriers to entry of doing your own thing.  The end of the “job for life” culture might have meant a reduction in job security but it’s created an amazing breeding ground for entrepreneurialism and progress.

What can the industry do better to attract and retain young talent?

It’s simple really, the industry needs to understand that young people are not necessarily motivated by the same things as older people, or looking for the same roles, rewards or structure as those that have gone before.

Flexibility, autonomy, and purpose (of the role and company) are valued more by those under 30 than previous generations. Structure your business and roles based on that.  And stop grinding people into the ground – why is that considered ok?

Entries for this year’s 30 Under 30 Awards are now closed and the shortlist for B&T‘s tenth 30 Under 30 will be revealed tomorrow! Get your tickets now for the award night on Thursday 11 April. 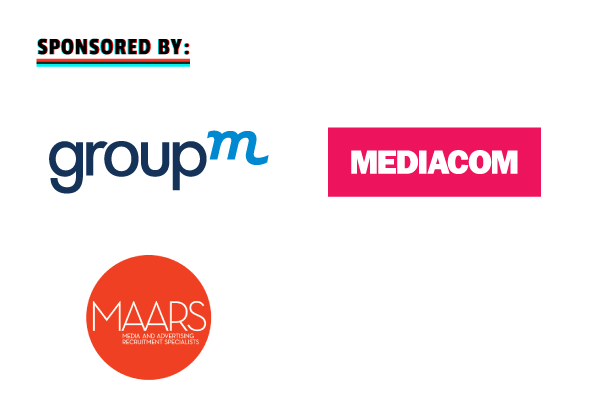