Despite a flurry of criticism from Twitter, and despite B&T lambasting the show for producing dismal ratings early on, Seven has nabbed a sweet slice of ratings pie with its Zumbo’s Just Desserts, which overnight was the most watched entertainment program.

Yes, it seems B&T was too quick to judge the cake by its icing, predicting the show wouldn’t work in a later time slot, while the pre-records would mean it’s probably too late to meddle with the format. 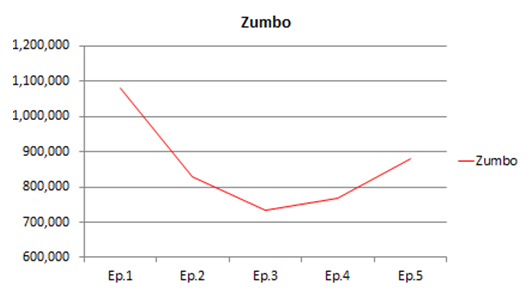 Zumbo’s Just Desserts debuted to an audience of 1.08 million watching live on free-to-air, but subsequently shed a whopping 250,000 viewers on its second airing to 830,000, as viewers slammed the show as “achingly boring” and “drab, drudging, dull, flat, ho hum, insipid, irksome, lifeless, monotonous, mundane, uninteresting, vapid” (yes, that was all in one tweet).

The third instalment attracted just 734,000 metro viewers, but it appears third time’s the charm, and like a cake baking in the oven, it’s enjoyed a rise in ratings ever since.

Having stemmed the tide, it’s safe to say Zumbo appears to have found its audience and, hopefully, may attract more viewers as the show culls contestants and moves towards the finals.