“Disruption is our friend” were just about the first words out of our new PM’s mouth in his victory speech. Can the ‘man who would be PM’ save us through embracing innovation and digital disruption? You tell us.

And as a survey on Daze of Disruption’s website has shown thus far, people like what they see in Turnbull but aren’t so sure he can pull the country out of it’s tech quagmire just yet. 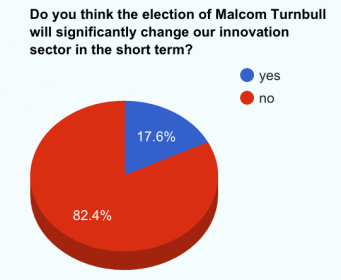 No much faith in Mal making a difference soon..so far anyway.

But Mal’s a well known friend of the tech sector and he’s talking innovation up big time. So who thinks he really can make a difference to our futures and help transform us from a bunch of whingers who love nothing more than digging shit out of the ground and sending it overseas for someone to make the real money? Or can we become the the ever elusive ‘clever country’ – a term phrased by Professor Ian Lowe some 25 years which suggested  we should do less digging and more thinking? Better late than never! It would be the ultimate digital transformation story.

“Hey Steve, love your work with Apple mate….but look at me, I transformed an entire country!” That would really put Mal in a class of his own. 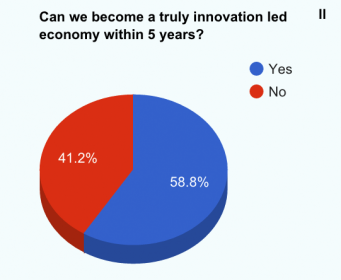 With or without Mal, we can do it!

B&T and Daze of Disruption want to know what you think: can Mal pull it off, how long has he got, what help does he need, or will he bomb, like the rest of rock steady coup crew before him?

The survey’s still live and we want to know what you think.

You could also have your view published in our survey result and win 25 per cent off Daze of Disruption Melbourne tickets.

Or if you’re quick, win one of five 50 per cent codes for using the last of our Tony Abbott coupons.