In this opinion piece Luke Parry (pictured below) from Sydney digital consulting firm Wilson Fletcher says there’s a lot to learn from the way the big European and American sports bodies do their TV rights deals. And, on that, he argues the NRL’s recent deal looks a lot, lot better than perhaps the nasty things being said about it… 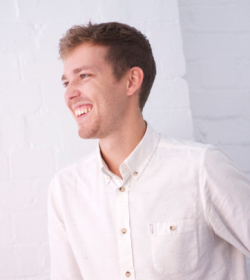 As a result of the EU’s legislation against Sky’s monopoly and the resulting collapse of Setanta, BT were able to purchase their own rather expensive marketing device for their broadband & TV services. This has proven successful for BT in recent years, but with the latest Premier League deal ringing in 70 per cent higher than last time at £5.1 billion for three seasons, one has to wonder how long this strategy can be commercially viable.

These meteoric deals haven’t been beneficial for sports viewers, but that pattern is slowly changing as governing bodies and content providers wise up to fans’ demands.

Originally a semi-complementary service to linear TV, Netflix filled a void. It’s now a service loved by millions that creates its own world-class content. It offers superior consumer satisfaction, and is significantly denting the subscriber base of traditional TV.

But you knew all that.

While the rumours are unlikely to come to fruition, it should certainly come as no surprise that Netflix have been in discussions with the NRL and AFL here in Australia. When you consider that sports rights are typically the only thing stopping pay TV subscribers from cancelling their subscription, that could be the final nail in the coffin for the traditional bundled model.

Of course, there are also entire portions of the internet devoted to both legal & illegal alternatives to traditional sports channels. Increasingly, today’s consumers can access the content they love without being tied to the cross that is a pay TV subscription.

Nothing beats a real-world example. I needed to look no further than my 15-year-old brother-in-law who, while we were watching NRL on Foxtel one evening exclaimed entirely unprompted “I don’t know why people pay for TV anymore; apart from sports, you can get everything online.” Some 26 per cent of Australian internet users have consumed illegal content. The top two reasons which would encourage people to stop infringing were A) a reduction in the cost of legal content (39 per cent) and B) legal content being more readily available (38 per cent).

Consumer dependence on traditional pay TV is becoming less and less common, and nowhere is the trend stronger than in the US. The National Basketball Association struck a deal in October 2014 that was (unsurprisingly) unprecedented in financial value for the sport. Nothing new there. What was new: the Over-The-Top service partnership with ESPN that, while being complementary to existing subscriptions, will permit non-cable subscribers to watch any and all of the NBA games they want.

The new NBA deal saw ESPN’s average annual fees rocket from US$485 million to around US$1.47 billion: this in the midst of a cord-cutting upheaval which saw ESPN lose 3.2 million subscribers in little over a year.

Flip to baseball for a moment, and the incredible success story that is Major League Baseball Advanced Media: one of the few sporting bodies which had the strategic foresight to go out on a limb and create its own proprietary digital platform. BAM is now reaping the rewards of reliable subscriptions and satisfied users, and is also a core technology provider to the likes of HBO, WWE and Sony. Deals with the NHL and PGA have been inked recently, and BAM now stands at the forefront of sports broadcasting as it rides the unbundling wave and starts selling sports content over the internet.

Yahoo has skipped the toe and dipped its whole foot into the frigid water of sports streaming with an incredible US$20 million purchase of a single NFL game being played at London’s Wembley stadium. Kick-off will be at 9.30am ET, so the audience will undoubtedly be significantly lower than other games, but factoring in that it will broadcast for free globally, and that over 30 million people visit Yahoo’s various products every single day: the audience won’t be small. Yahoo’s punt is testament to the fully-fledged power of internet advertising revenue and sponsorships.

Let’s step back for some perspective on non-linear broadcast and take a look at the burgeoning world of e-sports (competitive video gaming to the layperson). The fairly nascent Amazon-owned streaming service Twitch is already larger than 70 per cent of American TV networks after just four years in operation. More surprising still, the flagship e-sports event ‘League of Legends’ was broadcast via Twitch in 2014 and reached a global audience of 30 million people – more than the combined viewership of the 2014 MLB and NBA finals. Most compelling though is that the majority of viewers were in the under-35 demographic – the most coveted segment for internet advertisers.

Here in Australia, the AFL and NRL have historically taken minimal steps towards a digital approach in their partnerships with Telstra. However, the Digital Pass model is somewhat restrictive, verging on pointless, as it doesn’t permit you to stream via a TV (the stream will automatically shut down when it detects an HDMI cable). It seems that the tide could be turning in favour of the fan however, and the recent news that Channel Nine has acquired digital and terrestrial rights for four games a week is a step in the right direction, as is NRL CEO Dave Smith’s accompanying pronouncement that “our focus will be on ensuring the most widespread coverage on whatever platform fans choose to watch rugby league”.

This NRL free-to-air agreement was viewed by many as a snub of Foxtel, prompting the direct involvement of Rupert Murdoch in the recent AFL rights deal. Unfortunately, it seems that the AFL have stuck with the status quo. A record $A2.5 billion deal with Foxtel, Seven and Telstra was agreed this week. Telstra’s $A300 million extends their partnership with AFL to official technology and data provider, but fans will still only be able to watch live games on tablet or mobile. No desktop or TV streaming is allowed. Even Telstra’s own upcoming Roku-powered TV service will be restricted to “extended highlights and replays”.

For all the money that’s changing hands between codes and broadcasters; the consideration for the consumer’s experience is being lost

All this means that the sole way to watch every AFL game is by paying for Foxtel; only a third of the games will be available to non-paying fans, and if you support one of the less powerful clubs then you’ll probably miss out altogether. Essentially, this “major financial windfall” for the sport is highly engineered to drive people to Foxtel subscriptions, with streaming and free-to-air viewers treated as second-class citizens.

The AFL do have one thing right though: they offer paid access to live match streams for fans living overseas. This is something they need to build on to prepare for the changing habits of their fans, but that’s not happening any time soon.

A bit further down the digital product track, Cricket Australia have taken a refreshing approach which, in the words of their GM of Media, Ben Amarfio, promises to bring fans “closer to the action via any platform”, and for a rather reasonable price too. This is an excellent example of the sport prioritising the fans and heeding the prevalence of second-screen behaviour.

An April study found that 32 per cent of sports fans now watch live sports on their mobile, up from 20 per cent in 2010. Seven West Media is paying attention to this with their “anywhere, anytime” model, which enables Australian fans to watch select live sports such as Wimbledon and Royal Ascot for free via beautifully-designed apps. Seven have got their priorities right, given that forecasts indicate the Australian internet advertising market will reach $A8.2 billion by 2019: compare that to the free-to-air TV forecast of AU$3.8 billion, and I’d want a piece of both pies too.

Sport should always be a melting pot of companionship and rivalry. Relentless commercial drivers are diluting this essence and souring our relationship with players, teams, and broadcasters. Even the Olympics are now subject to an “exclusive rights deal”.

By all means, obtaining the best deal for the sport is vital to ensure it can be sufficiently progressed, but such a strong focus on financial benefits can be detrimental to the perception of the game and push fans away.

Services that don’t bridge locations and timezones are limiting their audience growth and potential revenue: because lessons from Pirate Bay to Popcorn Time demonstrate that if you don’t provide your audience with the content they want at a price deemed reasonable, someone else will, regardless of the legality. Recent government research found that 26 per cent of the Australian internet users have consumed illegal content. Perhaps expectedly, the top two reasons which would encourage people to stop infringing were a) a reduction in the cost of legal content (39 per cent) and b) legal content being more readily available (38 per cent).

Neil Pilson, sports media consultant and former president of CBS Sports, said recently: “You’re going to be able to see major sports properties no matter where you are in the world, which is certainly a service to fans and increases the value of the property. It allows you to generate more revenue against these platforms.”

For all the money that’s changing hands between codes and broadcasters; the consideration for the consumer’s experience is being lost.

Naturally there is no industry-wide silver bullet, but it’s plain to see that with a considered approach, it’s entirely possible to design a digital product strategy that exceeds fans’ expectations and fulfils financial goals.

Full rights control is within reach of sports bodies – they just need to find the courage and expertise to get out of defence and onto the attack.

As an average fan trying to watch my favourite sport, whether I have a TV or not, I’m generally left thinking:

“Why isn’t this easier?”

As a sport broadcaster trying to create sustainable profit, I should be thinking:

“How do I keep global fans coming back?”