Everybody’s running around saying they’re “too busy” when in reality not a great deal is actually getting done. That’s the view of Mark Henley the director of strategy and digital transformation at Adobe Marketing Cloud.

Henley was speaking at the Daze of Disruption conference in Sydney yesterday on the topic of content and creativity. He argued one of the greatest impediments to an organisation’s ability to enact change and be creative was finding the time and the resource to actually do it. 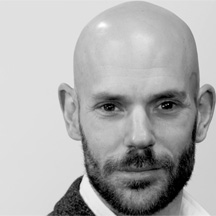 “The way you start to innovate, the way you start to get ideas flowing is this,” Henley told the Dazed crowd. “You talk to anyone around the office, talk to someone in the lift and ask them how they’re going and they’ll always say busy.

“We can innovate our businesses a lot more efficiently when we stop being busy and that will make everybody’s opportunities really grow. When you allow yourself to have the time the innovation will flow. You need to stop others being busy and instead get them to be productive.”

Henley’s other Daze remit was to talk about brands and their content. He cited arguably the number one brand on the planet for getting its content message right – Red Bull. A soft drink brand that really gets the customer experience right, Henley said.

For some brands, he said, the content thing was easy. Fairfax, as an example, have a pretty easy time of getting good content to its audience. “But what if you’re an insurance company?” Henley argued. “That’s much harder and there are no easy answers.

“You need the content, you need the data around that content and how it’s performing; but you also need a genuine message. It’s not good enough to say, ‘We are good therefore our content will resonate’ and that often starts with a basic website that does its job.”

Get the content right, get the storytelling right and the loyalty and the mindshare will come too. Henley argued that a lot of businesses had got the data collection side right but were being let down by poor content. And, vice versa, great content curators were being let down by poor data. And if you are going to do content it needs to be of a “very high quality and very specific to your brand,” Henley said.

“What we see in our customers all the time is that moving to action rather than analyses is the most important action,” he said.

“If you are not executing, if you’re just merely thinking; it’s not until you put a team together and you actually start moving forward that you’re probably not really doing the work that’s required.

“You really must get on with it,” he concluded.