Only seven per cent of Australians use ad blocking software but that’s not to say it won’t  become more prevalent says Ciarán Norris, marketing and business insights consultant for American Express and former head of strategy at Yahoo7.

Norris was one of the speakers at yesterday’s ‘Foggy Glasses or Crystal Ball’ event in Sydney hosted by the IAB that aimed to predict industry issues for the coming 12 months. 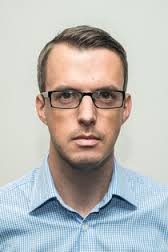 Ad blocking was still a relatively new disruptor in Australia but it wasn’t going away anytime fast, Norris said. He cited European figures were the take-up had been much higher, including Greece that had a take-up rate of over 36 per cent.

“But I’m pretty sure anyone that went in and saw their CFO or their CMO and said seven per cent of revenues are going to disappear over night would have ended up having a rather interesting conversation, so it’s still sizeable,” Norris said of the Australian figures.

Another threat for publishers was that ad blocking wasn’t effective on Facebook but if someone at its San Francisco headquarters decided to install it then the uptake of ad blocking software would skyrocket.

“Apple don’t even call it ad blocking they call it content blocking which means if you can think of something to block then you can block it. There’s even an app now that can replace any photos you see of Tony Abbott online with a cute cat. So anything can be blocked. It could be native ads, it could be video, it could be anything you can think of and as long as it can be written into the program you’ll be able to block it,” he said

Norris argued that most of us have an ethical view of pirating movies or music online, something we don’t have with ad blocking software.