At the end of the year, Americans will elect the 45th President of the United States but before a vote has even been cast, a fierce battle has been raging in the social media thunderdome. The Democrat favourite is America’s power suit sweetheart, Hillary Clinton- former First Lady and Secretary of State. So what can marketers learn from the social media blunders of Hillary?

Watch out for mobile

In an attempt to appear #relatable, NCB’s fluff piece about Hillary Clinton staffers chowing down on pizza took an unexpected turn. On a desktop, the article “Hillary Clinton’s Campaign Is Powered By Pizza, Analysis Shows” looked innocent enough. Mobile users got a more “Netflix and Chill” reading: 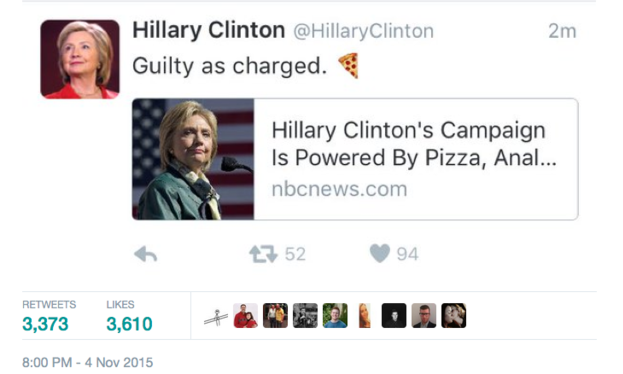 Nobody puts Rosa Parks in the corner

To commemorate the 60th anniversary of Rosa Parks’ arrest- one of the most famous events in America’s fight for civil rights- Clinton marked the occasion with a special logo on all of her social media accounts. Clinton’s logo, usually a blue and red “H” with a bold arrow as the crossbar, depicted an African-American lady sitting at the back of the H-shaped bus- something which Parks was quite obviously fighting against when she refused to give up her seat for a white person. Think it through, Hil. 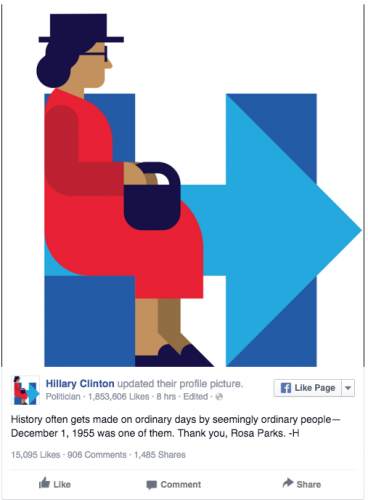 Clinton’s attempt to look hip-with-the-kool backfired terribly when she asked her followers:

How does your student loan debt make you feel?
Tell us in 3 emojis or less.

The super-trendy emoji conversation was a way to promote Clinton’s newly announced $350 billion college affordability plan. Clinton was accused of being insensitive, grammatically incorrect (fewer not less) and patronising to those within her target audience who are able to express their emotions through words. Namely anyone that isn’t five and under. But srsly, how many burrito emojis will it take to clear my student debts?

Want to see what marketers can learn from Donald Trump? Make sure you grab a copy of our latest mag here, or just pop by the office and we’ll personally hand you one.