Virgin media has released a TVC to celebrate season three of Netflix’s hit series Orange Is The New Black. The owl named Ally McNab, much like the OITNB protagonist Piper Chapman, is thrown in jail for a crime she committed a long time ago. The ad incorporates existing and new footage, reminding us to binge-watch the next instalment of the prison comedy.

Jeremy Ettinghausen, innovation director at BBH and BBH Labs said: “It’s a piece of content involving an entertainment property, a subscription streaming service and a broadband provider. It stars characters from a TV show interacting with characters from an advertising campaign, in an advertising campaign for a TV show, a broadband provider and a subscription entertainment service. Is this a new content type? We don’t know. Is it interesting? We think so, maybe simply because we can’t put it in a box.”

A five-year old child was playing the Talking Tom app when a banner ad for Ewank appeared with a ‘play’ symbol at the top of the page. 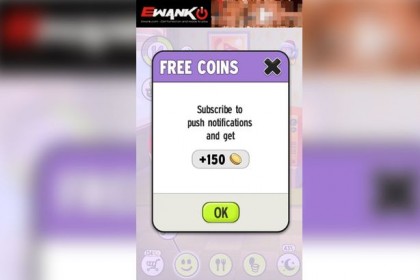 Both Mobjizz Ltd, trading as Ewank, and Outfit7, who operates the Talking Tom app, denied any responsibility for placing the ad.

“However, we noted that they had been unable to identify the third party responsible for placing the ad in the Talking Tom app, and were concerned that their procedures had not been adequate to ensure their ads only appeared in appropriate mediums,” the ASA said.

“We therefore concluded that the ad had been irresponsibly placed and breached the code.” Probably a good choice ASA, don’t want the kids seeing naked women while playing mobile games.

Join us next week, for what’s turning us on and turning us off in the advertising world. If you spot an advert in need of naming and shaming, tweet us @bandt