In a society that has drifted towards backlit screens and a smudged glass world, Tyler Brûlé, founder of Monocle and Wallpaper* magazine, is critical towards magazines and news outlets that devote acres of pages to Instagram rather than invest in outstanding journalism.

In an interview with B&T the jet-setting luxury aficionado – who, apart from not just surviving but winning in print, cheated death in 1994 after being shot twice by a sniper while under ambush in Kabul – spoke about the publishing game and successful brand expansion in a digital driven world. 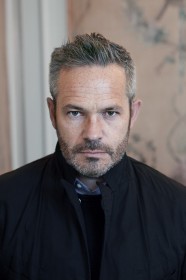 “Why should I go to a magazine for Instagram?” he questioned. “Firstly, it’s a digital medium; second of all, everyone can see it is just a filler. I think one of the key problems right now is that there is just so much filler in magazines and less original reporting.”

In profitably growing his print circulation Brûlé claims there isn’t one magic elixir that a publisher or a group of editors can go and drink – however it does have to combine a quality print output with the ability to resonate with a global readership.

And he insisted it’s quality journalism, photography, and illustration, that will define the market. 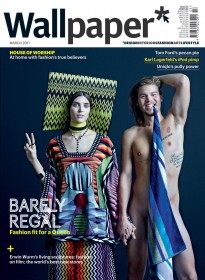 “I think one of the big problems facing the industry right now,” he said, “is that so many magazines reduce the quality of the paper, they have cut back on journalism – they are simply delivering an inferior brand to the one they might have built up over the decades.

“I think we have seen the vogue for user generated content and let everyone in and have their voice – good magazines have never been about that.”

“I don’t think readers want to be disrupted,” said Brûlé, whose Monocle magazine has repeatedly bucked declining print circulation trends, growing year on year across the globe since its 2007 launch.

“I think it comes down to putting out a physical product, that people are not just comfortable holding but they want to be proud reading it, they may not want to collect it but they want to revisit it again and again.

“We have been living with the shiny new object of various feeds and aggregators and various channels that keep us to date around the clock but I think there is also a fatigue to all that.”

“That is where a lovely magazine comes in – you don’t need to plug it in, it doesn’t need solar panels, it is not going to beep, rattle or vibrate,” he said.