In this guest post, David Yockelson the research vice president at tech research firm Gartner, says we often think of ‘disruptors’ as the the likes of Tesla, Uber and Google. But he argues disruption can come from anywhere if you’re not looking for or prepared for it…

When people think about disruptive technology or market disruptors – and stay tuned, Gartner will soon be publishing some interesting, new research about both – they tend to think of Uber, Google (now Alphabet), Amazon and other fairly massive sized (now) companies. 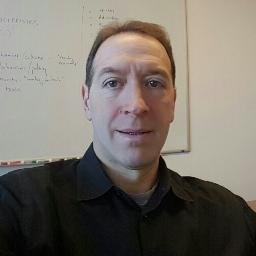 Of course, this makes sense given the scale of these entities by almost any measure, whether that is market capitalization, revenues or their impact on people and culture; indeed, two of those three are now verbs, while Amazon will likely generate several verbs (“Prime that!” “Just Dash it!”) and at least one interesting proper noun (Alexa). But does every disruptor have to be ginormous?

For example, one might ask if Dollar Shave Club (DSC) is a disruptor. Let’s look at its market, the $US 3 billion men’s shaving and razor blade market. Based simply on revenue, DSC can’t compare to market leader Gillette in spite of its $565M valuation (on VC investments totaling over $US163 million).

But culturally, DSC was the first to make the purchase of mail order shaving products acceptable. Now, DSC owns more than twice as much of the on-line market as Gillette does (though both can hear footsteps from Harry’s), it’s captured about 10 per cent the total market for razor blades and last year, Gillette both filed suit against DSC for allegedly infringing on a razor patent (December; DSC has counter-sued) and created its own on-line shaving club (June).

Despite the fact that many men still have beards after Movember, this sounds disruptive to me.
That said, it’s important to note a couple items: there was no specific technical invention employed here; and notwithstanding the status of shaving and its related markets, disruption in this situation is on a different scale relative to the likes of Alphabet, Tencent, Amazon, Tesla. These are companies whose actions in some cases have forced state and federal governments to legislate, and their financial resources – and often their core cultures – enable them to pivot quickly to disrupt anew. Let’s take our example above.

What if DSC were acquired by Amazon (given Amazon’s stock valuation and nearly $2US billion in cash on hand), who has a proclivity for buying on-line sellers? Imagine asking Alexa to add a new set of razors to your order through Amazon Prime, or having a Dash button on your bathroom vanity.

It is fairly easy for Amazon (or other disruptors) to enter adjacent markets given ever-increasingly available sets of digital information and systems, not to mention cash on hand and Monopoly money-esque stock prices.

The moral of the story is that a market – or a company within it – is never too big or too small to be disrupted. Disruptors are coming in all shapes and sizes, and traditional organizations, whether they have digital business strategies or not and regardless of their market positions, ignore potential disruption at their peril.