In this guest post, Petra O’Halloran (pictured below), Getty Images’ creative research project manager argues that many of the images we see in adland also need to be addressed if we truly want to tackle diversity and inclusion…

B&T’s next foray into promoting industry inclusion and diversity is Women In Media on August 23rd.

It’s been a few weeks since the buzz of B&T’s Changing the Ratio event has died down, but much of the dialogue and insights are still reverberating today. What was very clear is that equality, inclusivity and diversity aren’t just buzzwords anymore, they’re business imperatives. 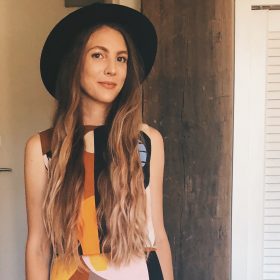 But we are still a far cry from authentically representing the diversity of Australia. This matters because how we are represented is intrinsic to how we feel, how other people treat us and what we believe we’re capable of.

At Getty Images we believe that creativity can drive positive societal change by eradicating harmful stereotypes. That’s why we launched #ShowUs – a collection of images featuring and taken by women – in partnership with Dove. This collection puts authentic images of women in the frame and women behind the camera.

It was also the focus of the panel I was part of at Changing the Ratio that also featured Dove ANZ assistant brand manager Carmen Younis and Edelman Australia managing director, Fern Canning-Brook.

After the panel, DDB’s CCO Ben Welsh wrote an op-ed expressing his concern that the #ShowUs collection doesn’t go far enough. I agree – there is more to do. It’s just one small step towards addressing much larger and more complicated issues around the representation of men and women. Both must be addressed at the same time because they affect each other.

Getty Images has been working hard to undo stereotypes of all kinds. The #ShowUs collection follows on from our Lean In Collection five years ago. What started as a collection aiming to change the visual narrative around what it means to be a woman, turned into a library containing thousands of images devoted to the powerful depiction of women and girls and families of all kinds, with men as caretakers as well as earners.

Before #ShowUs, our visual trend of 2018 was Masculinity Undone. We uncovered this trend via data insights pulled from our website’s search engine, which revealed a significant increase in demand for more multidimensional, sensitive, emotional and caring representations of men. With the world’s most robust data on what images people are searching for, we saw particular terms surging in popularity.

One of the noticeable trends was in searches for ‘man crying’, which rose by 75 per cent. ‘Man meditating’ saw a 126 per cent rise while ‘single father’ shot up by 60 per cent. The data behind Masculinity Undone provides agencies and brands with the commercial justification to use more authentic images that support an expanded definition of masculinity.

While presenting this trend in 2018, I discovered that it really resonated with both men and women in Australia. For many men, this was the first time they had seen an effort to address the issue of male representation. While female representation may have seemed like the obvious place to start – due to women more often being shown in a sexualised or weaker position – there was clear recognition that the stereotyped male could also be damaging to men’s psyches.

Getty Images’ data shows that things are slowly changing. Take images of fatherhood as an example. In 2007, the most popularly downloaded Getty Images’ image of a ‘father’ was a rough and tumble dad in the grass playing footie with his son. By 2018 it was a dad lovingly embracing his daughter. But as Ben’s op-ed highlights, there’s still a long way to go.

With recent research from Dove showing that, for example, 75 per cent of women don’t recognise themselves in advertising, more companies are realising that authentic representation is the right thing to do. We all deserve authentic representation that reflects our uniqueness and variety as opposed to the stereotypes the industry has continued to force on us. This goes for men, women and people of all ethnicities, disabilities, genders, religions and sexuality.

The good news is that there’s increasing evidence that doing good on diversity works. It’s essential to reach people who currently don’t feel engaged by, or connected with, existing advertising.The brands sticking their heads above the parapet on this trend are being rewarded with attention. Sometimes positive, sometimes more controversial, like when Gilette was berated by some for taking a stand on toxic masculinity. Whichever the outcome, we believe it pays to do something that feels different, represents audience diversity and starts a conversation on the critically important topic of representation.

As a man working in the industry, Ben has a front-row view of how masculine stereotypes have been perpetuated. As a chief creative officer, he has more power than most to affect change by creating and distributing content that shifts the ratio on this and other forms of stereotyping. At Getty Images, we want to continue supporting Ben and people like him to be part of the change they wish to see.

The gap between what we see and what we know will only be closed through a concerted effort aimed at addressing all kinds of stereotypes. We encourage more creative officers, brands and consumers to speak up and take action that promotes greater diversity and authenticity.

So, how will you step up and make the change that is needed across the industry?