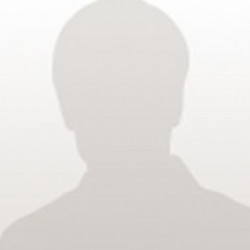 
Ten of the country’s aspiring film makers have earned the chance to speed into the creative limelight after making it into the Supercheap Auto Big Break ad competition shortlist.

Almost all the shortlisted entrants are under 30 years of age, some even as young as 18 or 19 with little or no formal training or tertiary education. And despite working on shoestring budgets the quality of entrants certainly sends a clear message that the new wave of amateur advertisers in Australia has got talent.

The winning contestant will secure themselves a cool $20,000 cash prize and their ad will be screened to more than two million television viewers during the broadcast of the iconic Supercheap Auto Bathurst 1000 in October.

The Big Break competition tasked entrants with scripting, filming and producing a 30 second Supercheap Auto television commercial reflecting their interpretation of the brand and passion for all things motoring.

The top 10 were selected from almost 400 video entries by an expert judging panel and were acknowledged for their outstanding creativity and alignment with the Supercheap Auto brand. It is now up to the Australian public to pick the winner by voting for their favourite video online.

Supercheap Auto marketing manager David Bauer said they were delighted with the response to the competition and were excited to see who the ultimate winner would be.

“The competition really captured the imagination of the country’s auto fans,” he said.

“We were amazed by the quality of the submissions and it was a tough task to whittle it down to just 10.

“This is the first time we have asked our customers to get involved with our television campaign and we really hope the public will rally behind their favourite and cast their vote.”

Bauer added that the competition provided a great platform for aspiring advertising creatives and film makers to catch their big break.

“The initiative offers a level of broadcast exposure that is hard to come by,” he said.

“It provides the perfect platform for anyone looking to forge a career in the creative industries and will help them get their foot in the door of the film making world.”

Check out the other seven videos here.