Advertise with us
Posted 7 February, 2017


Two competing studies out recently shine an interesting light onto the diets of average Aussies.

The first, by booking reservations website OpenTable, found that Aussie children are increasingly turning away from traditional kids’ far such as sausage rolls and hamburgers and plumping for a more gourmet experience.

It found that a third of Aussie kids prefer to eat in gourmet restaurants and 49 per cent had dined at a fine dining hatted restaurant.

Seventy five per cent of the 1265 adult respondents admitted their kids ate out far more than they did as children. Some 28 per cent ate in restaurants at least once a week and 25 per cent said they’d have no problems spending $26 or more on a meal for their kids. Three-quarters of the parents said their kids preferred to eat from the adult menu over the kids’ one.

The second study, by research firm Roy Morgan, suggests the humble meat pie is staging a comeback. Its latest research has found that Australians aged 14-plus who say they like eating pies (and pasties) has risen from 8.1 million (42.6 per cent of the population) in 2013 to 9.4 million (47.5 per cent) in 2017. 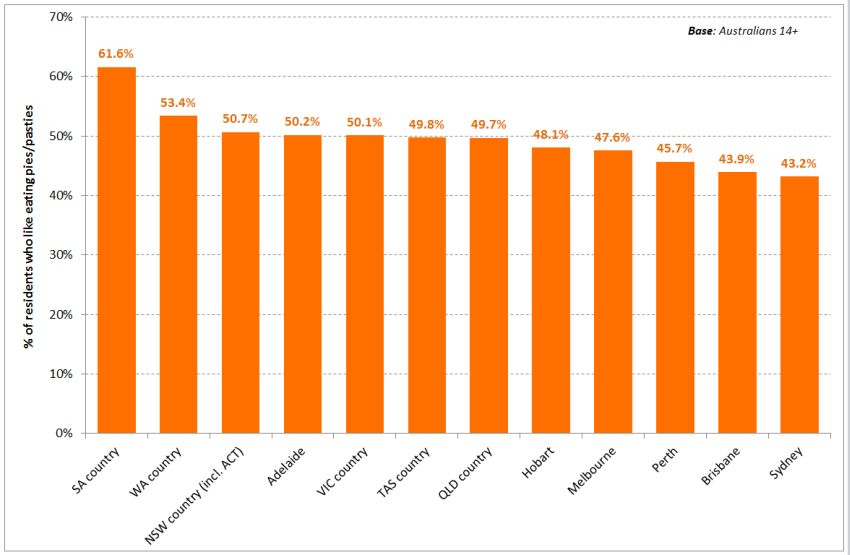 According to the study males (57.4) per cent, who live in rural areas and South Australia are our biggest pie fans.

The pie, of course, is synonymous with the footy and the study found that A-League supporters are the biggest pie eaters. Some 58.5 per cent of soccer fans said they enjoyed a pie at a game, followed by AFL (56.3 per cent) and then NRL (55.5 per cent).