Spotify has teamed up with weather forecasting provider AccuWeather to launch a new tool that generates music playlists based on the moods of weather patterns in different locations.

Climatune allows Spotify listeners to check out the real-time weather in their city (or closest to) and listen to a corresponding playlist that reflects the mood of the weather pattern in that particular location. 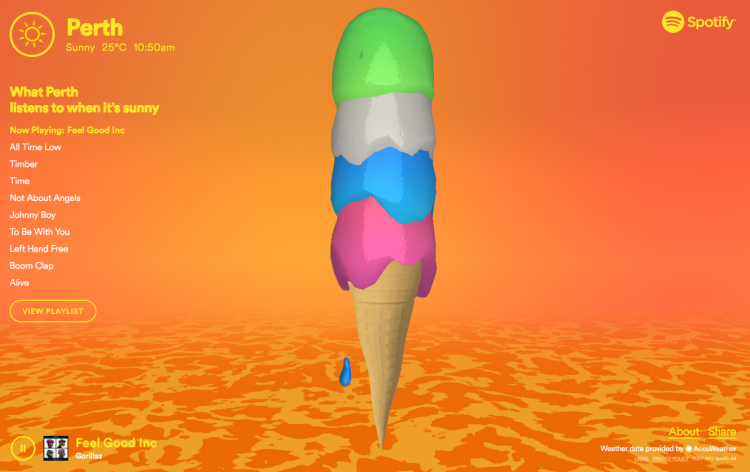 Spotify and AccuWeather correlated a year’s worth of weather data to over 85 billion streams on the music platform, analysing five types of weather data.

The research also found that of Australia’s major cities, Sydney is saddest when it rains and is one of the most affected cities in the world when it showers.

Spotify listeners in Brisbane choose more “runnable” music on cloudy days – unlike the rest of Australia and most of the world.

According to the reasarch, major Australian cities listen to more acoustic music on rainy days, while Kiwis prefer acoustic music when the sun is out.

Spotify data researcher Ian Anderson said there is a clear connection between what’s in the skies and what’s on users’ play queues.

“For almost all of the major cities around the world that we studied, sunny days translate to higher streams of happier-sounding music,” he said.