NOVA Entertainment’s smoothfm is taking relaxation to another level with the creation of a relaxtation pod. The pod allows shoppers to take a few minutes out to listen to smoothfm music and indulge in a massage.

The station is what NOVA believes is the first of its kind in Australia, with the activation being set up in Sydney’s Macquarie Centre for a few weeks, before travelling down to Melbourne. It’s also hoping to spend some time in various agencies.

“We invite listeners to really remove themselves from external distractions.” 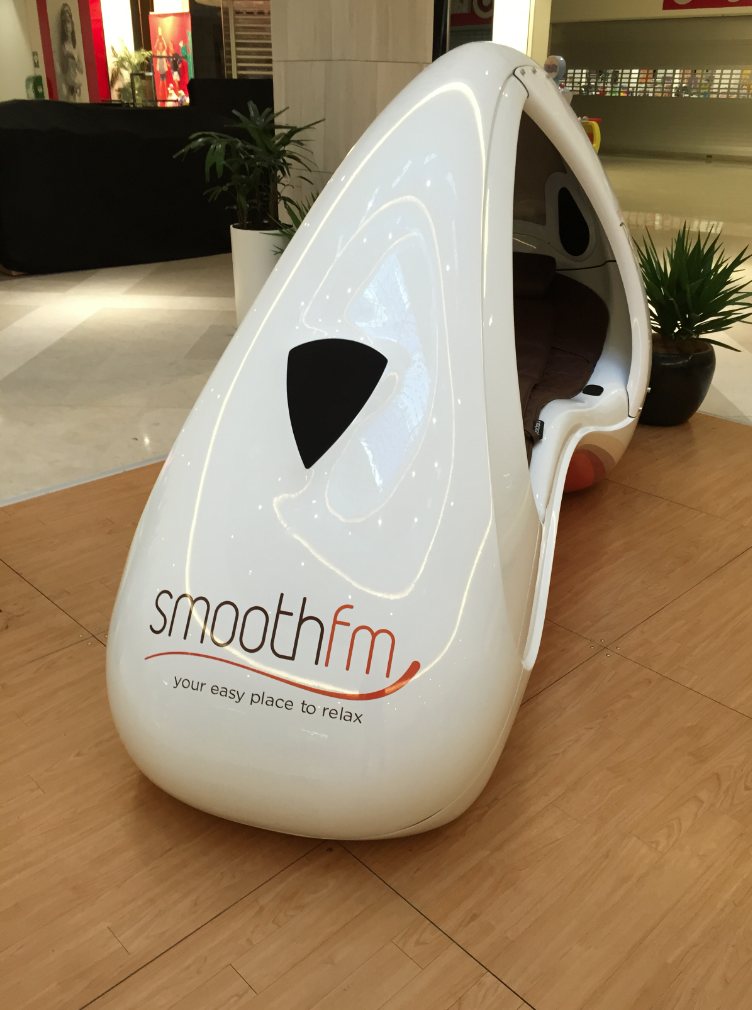 The station was created in Germany, with experiential agency Ensemble coordinating the activation, and creative connections agency UM helping with strategy and communications.

The sleek German pod creation goes hand in hand with its push to become a lifestyle brand, not just a radio station.

To this, Glamuzina-Gibb added: “When it [smoothfm] was created back in 2012 its core business was always going to be radio business, but there was always the goal to extend into other areas; TV, Festival of Chocolate, Smooth Suite.

“I guess the way we often refer to it now is it’s a lifestyle brand rather than just a radio or media brand.”

Talking through the experience, Glamuzina-Gibb explained how shoppers head into the area which will be decked out in couches and other relaxation spaces, before sliding into the free pod for a few minutes, selecting their current mood which creates a bespoke playlist from the smoothfm archives.

When asked how the team are going to manage potential queues, Glamuzina-Gibb said she wasn’t sure what to expect.

“It’s the unkown,” she said. “We know it’s certainly going to create intrigue.”

However, Glamuzina-Gibb did add it’s the most comfortable mattress she’s ever laid on.