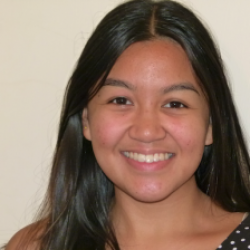 The campaign explores an Australian sporting story about professional and personal challenges, the commitment to overcome barriers, and Sharni’s drive to defy odds and return to the sport she loves.

In 2017, Sharni’s netball career was put on hold as she dealt with exhaustion, forcing her to take a step back from championship-level competition.

‘The Ad I Was Supposed To Make’ portrays Sharni’s determination and commitment as she fights to get back to the netball court.

Check out the spot here:

The story narrative is aligned to Samsung’s brand vision of “Do What You Can’t” which is based around developing products, innovation and experiences that can help empower people to defy barriers, obstacles, and do things they did not think were possible.

“It’s a story that we want to celebrate and showcase to audiences as it explores a personal journey that many Australians can associate with.”

The campaign was developed with creative agency Leo Burnett Sydney. Vince Lagana, Executive Creative Director, says, “Sharni’s story of courage and fortitude in the face of adversity connects with Samsung’s ‘Do What You Can’t’ message.”

“While the Games will deliver many inspiring stories of perseverance and victory, none are quite like Sharni’s story.”

“Instead of facing the best teams from the Commonwealth, she was forced to face a different challenge. To have endured what she has and still be so dedicated to get back to the game makes Sharni the embodiment of ‘Do What You Can’t’, which is what we wanted to celebrate,” continued Lagana.

The campaign features variations of 15, 30 and 47 seconds and the 30-second spot aired on Channel 7 during the Australian Diamonds’ first game at the Commonwealth Games this week.

The TVC will continue to air on Channel 7 for the duration of the Games and will run across national and Seven West Media digital channels, as well as on Samsung’s digital and social platforms.