ABC News and News.com.au have tied as the most read online site for Australians, according to Reuter’s 2018 Digital News Report.

According to the report, 26 per cent of Australians surveyed had visited ABC News and News.com.au once in the past seven days, with 16 per cent saying they’d visited the sites more than three times. 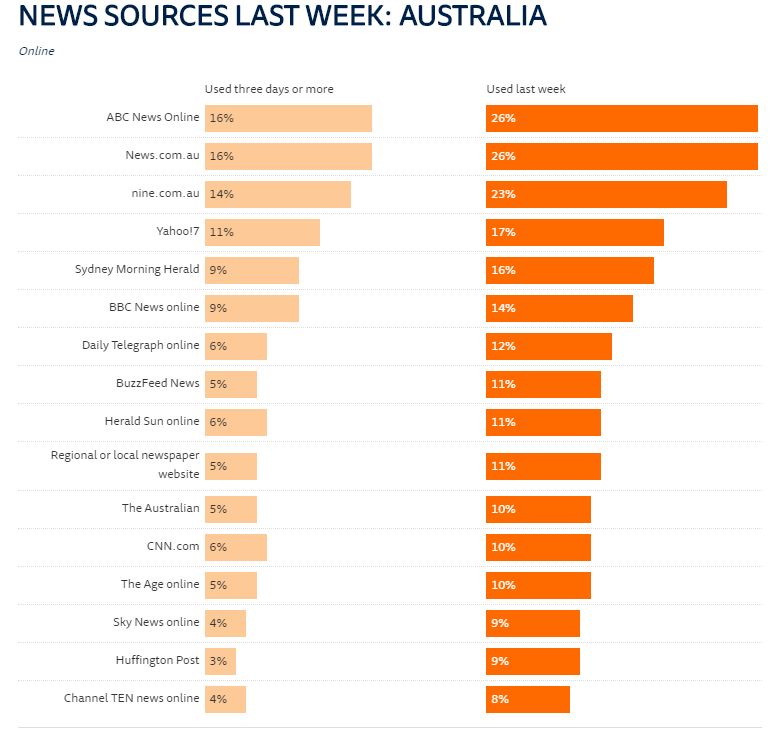 As per the report: “Online, an increase in the number of publications has led to mixed results.

“After three years, HuffPost ended its joint venture with Fairfax media, resulting in the redundancy of 30 staff, who have moved to other news organisations and start-ups.

“In contrast, Guardian Australia has experienced a period of strong growth. In response to a membership drive, the organisation expanded its paying supporter base to 33,000.

“This success might partly explain an increase in the number of Australians paying for online news from 13 per cent in 2017 to 20 per cent this year.”

When asked ‘How trustworthy would you say news from the following brand is?’, ABC topped the rankings, receiving a rating of 7.23/10 on the trust scale by participants “who are aware of the brand”. 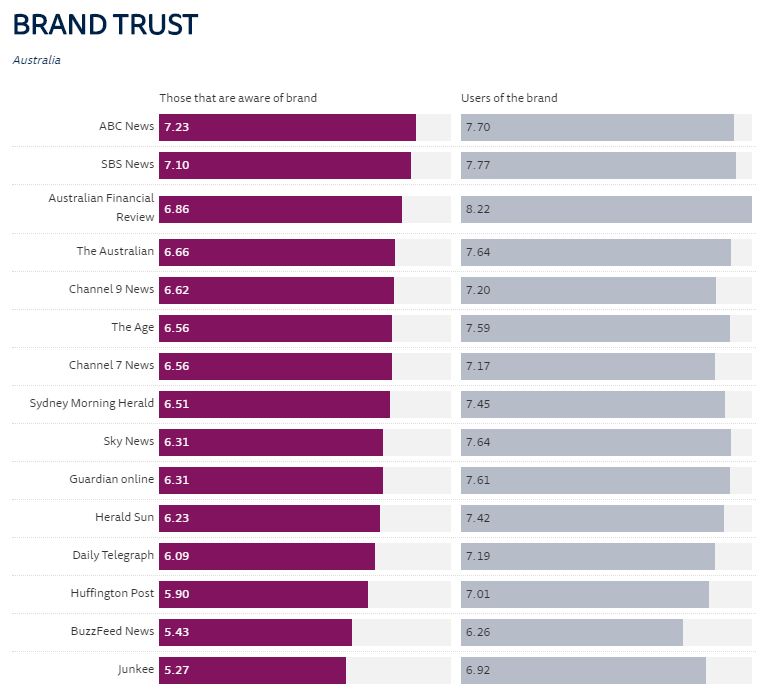 According to Reuters, “There has been a significant increase in general trust in news from 42 per cent in 2017 to 50 per cent, but trust in social media for news is low at 24 per cent.

“This possibly reflects a growing awareness of a distinction between quality journalism and ‘fake news’.

“The data shows that people who mostly consume news via traditional platforms have higher trust in news than those who rely on social and online sources.

“Legacy TV brands continue to be the most trusted sources of news.”

In terms of advertising, Reuters found it “continues to shift away from print to online, which now makes up 50 per cent of ad spend, the majority of which is going to the major platforms Google and Facebook”.

It added: “Deloitte’s media survey tells us there has also been a large increase in mobile advertising with ads on social media now rivalling TV in impact on buyer decisions.

“The majority (82 per cent) are now using online sources for news, and 52 per cent accessing social media sources.

“Even so, just 24 per cent of news consumers trust social media. In contrast trust in news overall has risen to 50 per cent.”