Having offended just about everyone with a racy Christmas campaign that featured an elf in a sex act, controversial UK retailer Poundland is back with its latest effort for Easter that’s been described as “disturbing”.

The social media campaign features a stuffed bunny and chick in suggestive and compromising positions. 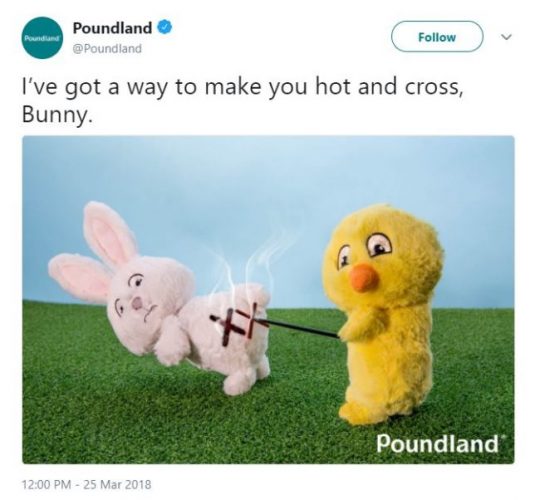 One of the images features the bunny branding a chick on its bottom with the caption, “I’ve got a way to make you hot and cross, Bunny.”

Another features the rabbit spying on chicks, adding: “Spring in his step, Bunny goes birdwatching.” 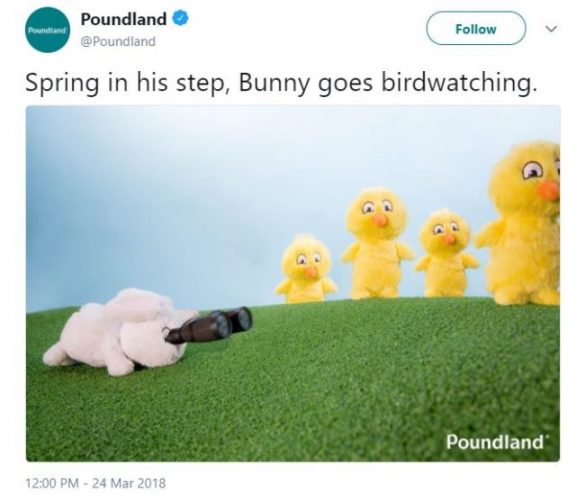 Much like its controversial Christmas campaign, Poundland’s Easter effort has again divided shoppers. Some seeing the funny side, while others declaring it as “disturbing” and “inappropriate”.

One person said: “This is getting reported” while another raged, “No, that’s just nasty.” Another warned that the advert would “trigger snow flakes”.

Thankfully, some did see it for all its daftness. “I shouldn’t but I did laugh at this. One naughty duck,” wrote one. Another added: “These are brilliant” and another commented: “They are at it again, whoever is in charge of Social Media at @Poundland deserves a pay rise #Poundland.” 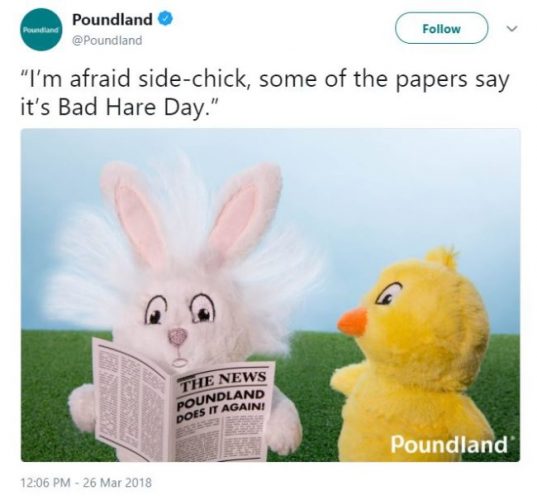 Not that Poundland was having any of the rage. Yesterday, it followed up with yet another post featuring the chick and bunny reading a newspaper with the incredibly bad gag: “Poundland does it again’, with the caption “I’m afraid side-chick, some of the papers say it’s Bad Hare Day.”