RendezView, News Corp Australia’s opinion website, hasn’t gone and thrown a big party like most brands or companies do when they wrap up their first year. Instead, the website has unveiled some of the less flattering feedback it has received in the past 12 months with a series of pictures featuring editor Sarrah Le Marquand and key female contributors.

Pulling in more than one million unique visitors each month and averaging 100 comments per article, RendezView has exceeded its expectations in its first year, but the site also attracted its fair share of criticism in the form of personal attacks on its female writers.

Le Marquand said, “When we launched the hope was to create an environment where we could discuss issues and readers could engage in debate. 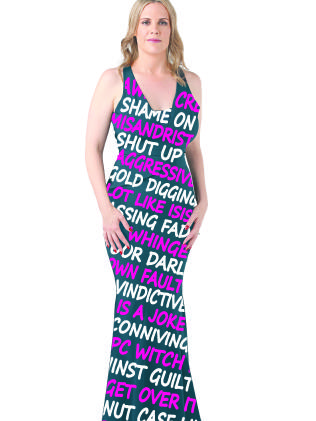 “Traffic has been much higher than anyone had hoped for and one thing we noticed early on was we were attracting a much higher number of comments than other news or opinion sites.

“Unfortunately the darker side of this has been that all of our columnists are subjected to steady criticism and occasional hostility in the comments section.”

A survey of over 1000 Australian journalists, Mates over Merit, recently released by Women in Media, found that 41 per cent of women said they had been harassed, bullied or trolled while engaging with audiences, and several were silenced or considered changing career.

“This is the very status quo that RendezView seeks to challenge,” Le Marquand added. “It is vital for women’s voices and opinions to be featured in the mainstream media and the negative and personal commentary we have received only serves to confirm that a platform like ours is essential.

“We are proud of the robust debates we engage in and of the legion of loyal readers we have attracted and look forward to growing on this in the years to come.”