Five years ago, the number of executive creative directors (ECDs) in agencies in America was just 3 per cent. One woman decided to do something about it. What Kat Gordon didn’t know back then was she was about to start a movement – a movement that has now made its way to Australia and Asia.

B&T is extremely proud to announce it will organise the inaugural The 3% Conference Australasia.

“Long have we discussed in Australia the need to make an advertising industry more reflective of the broader community. It’s not a compliance issue, it’s a business imperative. We’re really excited here at the Misfits to be doing our bit to change the ratio and make our industry better,” said David Hovenden, B&T’s editor-in-chief and CEO of the Misfits Media Company.

What can you expect to encounter at The 3% Conference? Quite simply the 3% Conference Australasia will be a one-day event offering Australasian brands and agencies an historic opportunity – to be at the forefront of a movement to celebrate the value of women, as both consumers and as communicators.

In 2017, the latest research suggests the ratio has risen from 3 per cent to around 11 per cent. In Australia, no-one honestly knows the ratio, but B&T intends to find out. The university of our eyes would suggest to us there is much work to be done.

Not just an event, The 3% Conference is a place where agencies and brands can share knowledge and best practices, learn how to better market to women, and be part of the drive to achieve greater diversity in all business sectors.

The conference will take place at Randwick Racecourse on Thursday 31 August and will be hosted by adland luminary Bec Brideson, who brings 25 years of experience in the media industry to the table. As founder of Bec Brideson Consulting and ECD of Venus Comms, Bec is one of the 3 per cent herself and is uniquely equipped to lead discussion and set the agenda for The 3% Conference. As well as acting as MC, Bec will also deliver an opening keynote address.

Additional keynotes will be delivered by two female businesswomen both of global acclaim. Leading the way is the irrepressible Cindy Gallop, a graduate of Somerville College, Oxford, whose background is brand-building, marketing and advertising. Cindy started up the US office of ad agency Bartle Bogle Hegarty in New York in 1998 and in 2003 was named Advertising Woman of the Year. She is a regular on the TED circuit and is also the founder and CEO of www.IfWeRanTheWorld.com and  www.makelovenotporn.com. A legendary inspirational speaker, she’s on record as saying “I like to blow shit up. I’m the Michael Bay of business”.

Also delivering a keynote is a woman whose DNA runs right through the event. Lisen Stromberg is the chief operating officer of The 3% Movement and has been involved with the initiative since its launch in San Francisco in 2012. Today she’s one of the prime movers of a two-day event drawing 800 guests each year in New York City.

Lisen thrived during a 20-year career in advertising and marketing, but left the industry frustrated by the lack of support and encouragement for women both in the agency world and in the ads they created. She pivoted to become an award-winning journalist and author focusing on women and the workplace. Her forthcoming book is called Work Pause Thrive: How to Pause for Parenthood without Killing Your Career.

The 3% Conference will also feature insightful panel discussions and addresses from more than 20 thought leaders and captains of industry, including:

Super early bird tickets are on sale now, saving you $200. Be quick because the offer ends on Friday 16 June. For more information and to secure your place at this historic event, visit www.3percent.com.au. 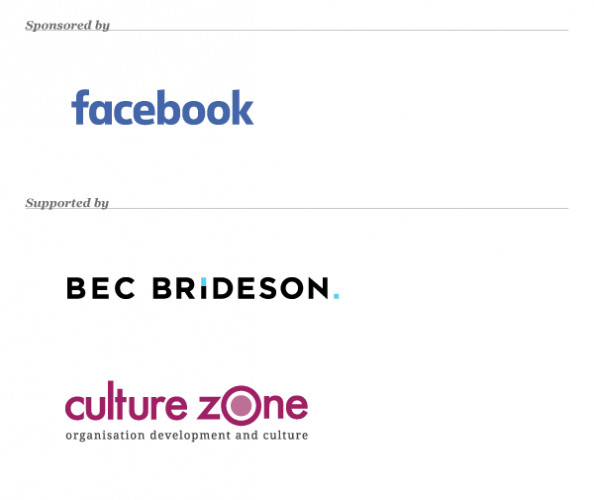