The campaign is a not-so-subtle dig at Victoria Secret’s lack of body diversity on its catwalks and advertising, especially its recent “Perfect Body” campaign which featured exclusively size 0 supermodels. 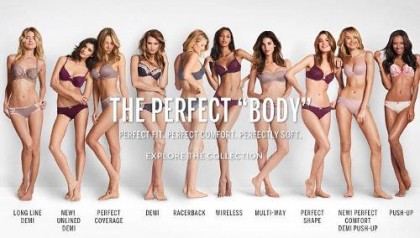 Lane Bryant’s campaign, conceptualised by ad agency Laird + Partners, will include a series of TV advertisement, billboards and print. As well as a social media campaign which has already been trending with the hashtag #ImNoAngel.

“Our ‘#ImNoAngel’ campaign is designed to empower ALL women to love every part of herself. Lane Bryant firmly believes that she is sexy and we want to encourage her to confidently show it, in her own way,” said Lane Bryant CEO Linda Heasley.

However it does seem like every year there is a new campaign featuring ‘normal sized’ women in their underwear.

In 2006, Dove had the ‘Campaign for Real Beauty’ which featured six ‘real’ women with ‘real’ bodies. 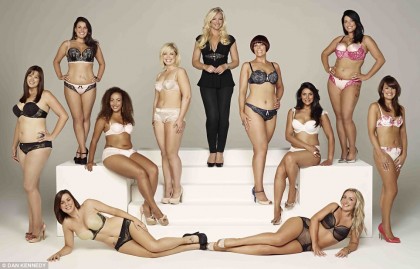 In 2013, US underwear company aeire, launched a campaign that focused on real women, not models, in their underwear with no photoshop.

In 2014, US underwear company Dear Kate featured prominent women in tech coding wearing nothing but their underwear and a laptop.

Regardless of different shapes, breast size, colour, real or unreal- maybe we just like seeing women in their underwear.