PUMA Oceania have announced today, 11th October, the launch of the #LetUsAllTieTheKnot campaign to show their support for marriage equality in Australia.

Whether someone identifies as lesbian, gay, bisexual, transgender, queer or intersex, PUMA Oceania believes everyone should be allowed to marry the person that they love. But if you live in Australia, you currently do not have this right. 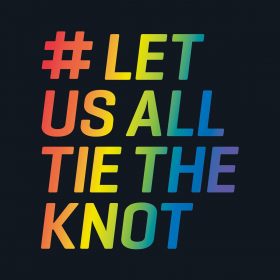 “This initiative is for equality. For love. For everyone. It is about supporting our people; whether that be our employees, our sportspeople or our consumers” comments Pancho Gutstein, General Manager, PUMA Oceania.

#LetUsAllTieTheKnot will allow anyone to show their support for marriage equality by tying the ‘Equality Knot’. PUMA have worked with Melbourne-based Professor Shoelace, Ian Fieggen, PUMA OG enthusiast and knotting expert, to create the Equality Knot. Teaming with creative partners Cummins & Partners Sydney, Heckler and others they have brought the ‘Equality Knot’ to life through animated and still content. 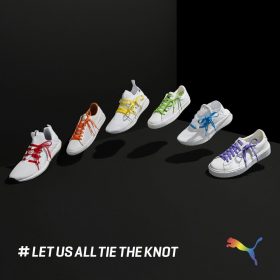 A microsite will launch (www.equalityknot.com) to act as an online community where PUMA Oceania will upload the how-to instructional video, visual imagery and showcase consumer and influencer generated content supporting the campaign across social media.

In addition, PUMA will offer up 5,000 limited-edition shoelaces, in the six colours of the rainbow flag to support the initiative. These will be available at PUMA Chatswood and Melbourne Central Flagship stores, as well as online at puma.com.au and sneaker boutique Butter Sydney, at no cost on 11th October.

PUMA hopes that #LetUsAllTieTheKnot will act as an open letter encouraging people to show their support for marriage equality, no matter the brand of footwear they wear everyday.

“At PUMA, we stand up for individuality and being true to who you are. We welcome diversity in all forms.” concludes Pancho Gutstein, General Manager, PUMA Oceania.