From Jack Stein (yes, Rick Stein’s son) taking British cuisine across 10 different countries on Inside the Box, to a Veterinarian operating out of the remote Western Australian desert for Desert Vet, Projucer is entering 2018 with not just a bang, but a full-scale explosion.

Among other new programs, Projucer is proud to be announcing Eat Australia Take 2 – the third instalment of its Eat Series format, once again starring former MasterChef winner Andy Allen and contestant Ben Milbourne (pictured above).

The series, which last year saw 2.1 million Australia viewers on SBS Food Network, explores all the culinary corners of Australia, meeting farmers, producers, chefs and restaurateurs in a celebration of the diversity of Australia’s menu.

Further to build on Projucer’s own original IP, it’s also continuing to help some of Australia’s biggest brands expand and own their own channels of digital content, with some recent work with Woolworths proving that everyone has a voice and a story to share.

Projucer co-founder and managing partner Matty Roberts is welcoming 2018 with open arms and couldn’t be happier with the projects underway.

“Projucer is a digitally-minded branded content house focused on making original shows for new-age audiences, and finding alternative funding models to do so.

In the past, we have executed successful brand partnerships with savvy clients such as Jacob’s Creek, Woolworths, Old El Paso, Kellogg’s, Qantas, TopDeck Travel and Blundstone for some amazing content – both long-form and short-form – and I don’t expect 2018 to be any different, as more Aussie brand managers and media agencies are starting to invest in smart branded entertainment.”

Projucer’s one-hour special, Desert Vet, will air in prime time on Channel Seven in early 2018, and together with director of production Tim Small, the company is trying to set a new benchmark in reality documentary making.

Viewers will be treated to a premium, cinematic approach to an otherwise templated genre as a small observational documentary crew track and introduce potentially the most incredible vet you’ve never heard of in Rick Fenny to the world as he undergoes his day-to-day remote vet work across 5,500 kilometres of harsh desert. 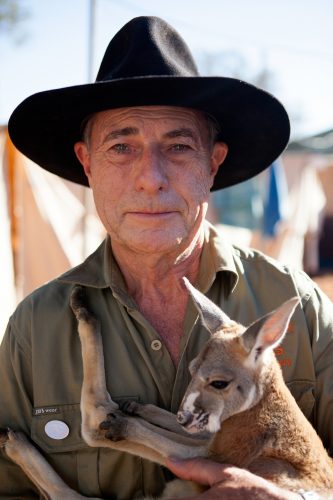 Also in the early stages of development for 2018 is Elise Strachan’s The Sweet Life. The US-based Australian YouTube sensation will celebrate the diversity of Australian dessert culture with a program format sure to get your stomach rumbling for sweets of all varieties.