Adobe has named Paul Robson president of its Asia Pacific operations as Craig Tegel gets set to depart.

“Adobe’s business has transformed over the last four years and our Creative Cloud and Marketing Cloud businesses are now world-leading,” said Thompson. “Our customers have responded with enthusiasm to our vision, and Craig has led extensive growth for Adobe in Asia Pacific. I thank him for his incredible contribution. 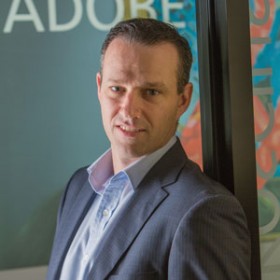 “Paul Robson has commenced in his new role leading Asia Pacific effective immediately. Craig will work to ensure a smooth transition for Paul, a dynamic leader with a strong track record of leading business transformation at both an operational and executive level. I’m confident our business in Asia Pacific will continue to thrive under his leadership.”

“I’m excited to lead Adobe’s business in Asia Pacific,” said Robson. “This is a vibrant, diverse and rewarding region and I’m looking forward to working with our customers as they embark on their own journeys of digital transformation with Adobe.”

Robson will continue to be based in Adobe’s Sydney headquarters, but will travel frequently to oversee Adobe’s operations in Australasia, Southeast Asia, Korea, India and Greater China.

Before joining Adobe, Robson was the Vice President and General Manager for HP’s Networking Division across Asia Pacific and Japan. At a non-executive level, Robson is a board member of Tresillian, the Royal Society for the Welfare of Mothers and Babies, which is involved in the delivery of child and family healthcare.”