Award-winning creative, Jenny Mak (in photo below)) has been promoted to the role of creative director, Ogilvy Sydney working alongside the agency’s 40-strong creative team, and in close collaboration with planning, digital and strategy, to drive the creative vision for the agency.

Since being promoted Mak has developed a new campaign for Primo; Australia’s largest manufacturer of ham, bacon, salami and deli meats, launching this week. 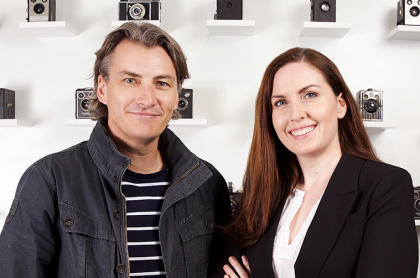 The TVC goes live this week and is the first instalment in a series and is supported by digital, social and OOH

ECD Derek Green (right in photo) said Mak’s promotion was “a no-brainer”. “She’s an absolute pleasure to work with, she’s made a major impact on all of our clients’ brands with a great balance of hard-working campaigns and cutting edge work,” he said.

At Ogilvy, Mak has created work for some of the world’s most famous brands including Coca-Cola, Huggies, and KFC to name a few. Her work has also been awarded both locally and internationally at Cannes, Effies, New York Festivals, Spikes, One Show and AWARD.