The latest lot of EMMA data is in showing newspapers are still up, as the recent Nielsen Online Ratings show the Sydney Morning Herald is leading the online charge.

The amount of people reading newspapers and magazines in their various forms has stayed at its highest for the second consecutive month, according to the latest release of the EMMA (enhanced media metrics Australia) data.

Looking towards the newspapers with the highest total audiences, Fairfax Media’s The Sydney Morning Herald and News Corp’s Herald Sun and The Daily Telegraph form the top three with the SMH leading the charge at a total audience of 5.4 million.

The latest EMMA data show the Herald Sun with an audience of 4.3 million and The Daily Telegraph with 4.2 million.

While many magazines and newspapers have remained relatively the same compared to the previous month’s data, the Sunshine Coast Daily has recorded the fastest newspaper total audience growth overall, posting a 24% audience increase.

“While digital growth is leading the charge, printed newspapers continue to be read on a vast scale. Some 83% of Australians, or 14.7 million people, engage with newspaper journalism every month,” Mark Hollands, The Newspaper Works CEO, said.

“They may be keeping up with the major issues of the day via national or metropolitan newspapers, or staying in touch with what is happening where they live via regional or community newspapers.”

Meanwhile, over in the online world, Fairfax’s Sydney Morning Herald has taken the top place in the Nielsen Online Ratings, growing by 6.5% since the prior quarter. 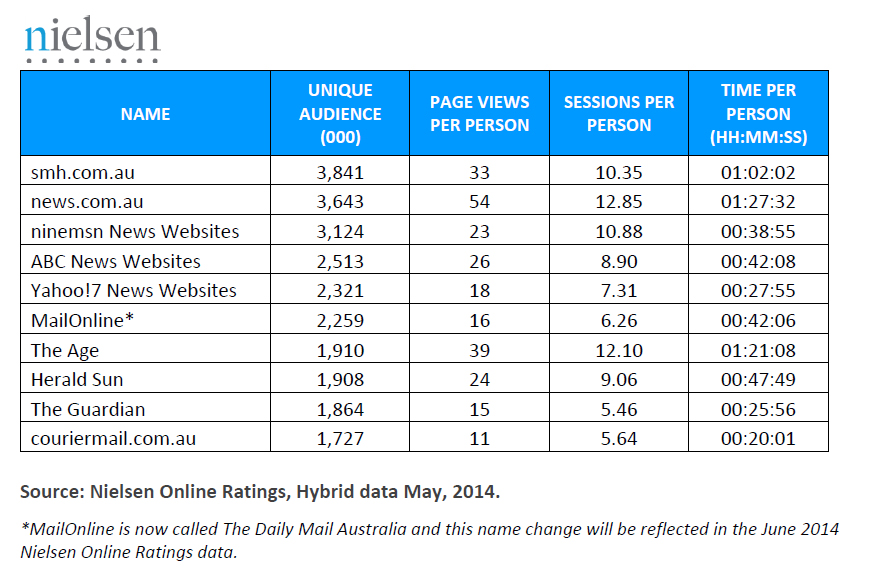 The latest results include the consumption of site content via a mobile or tablet device, which revealed the 6.5% increase.

The ABC News websites also upped its online audiences by 8.9% since the previous lot of data, with The Guardian and The Couriermail.com.au also increasing by 5.6% and 14.3% respectively.

Looking over at magazine land for the latest EMMA data, the total audience reports show similar results compared to the previous month’s data, which had shown magazine readership was up since the quarter prior.

Pacific Magazines’ Better Homes and Gardens upped its total audience readership minimally (including tablet and mobile), from 2.765 million in the March set of data to 2.789 million in the April set.

However another Bauer women’s title, Women’s Day, crept up from 3.623 million in total audience readership to 3.857 million this time around.

Taste.com.au also found itself as the top ranked site by unique audience for food, with an audience of 2.264 million this time around and an average of 16:31 minutes per person. 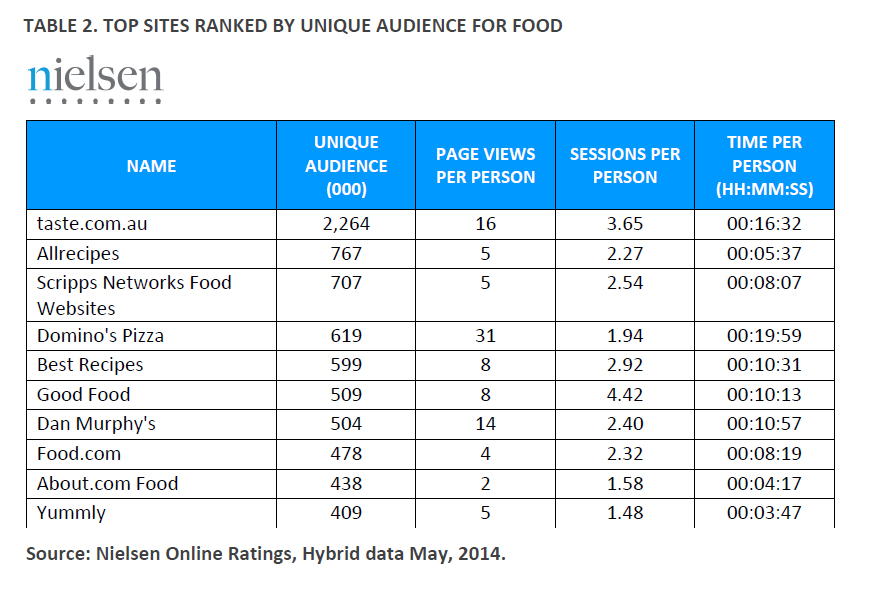