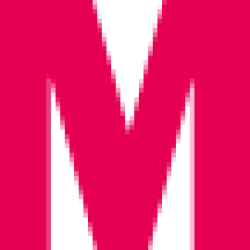 
Last week some of the brightest young talent in Australia’s media industry descended upon The Ivy in Sydney for B&T’s fifth 30 Under 30 Awards. Media agency MediaCom congratulates the winners.

Winners were announced at the sold-out event of over 250 people last night, which attracted some of the biggest names in the industry.

And as such, MediaCom is delighted to announce that Shivani Maharaj and Jimmy Hyett were crowned winners of the Media Agency category, and Tessa Wood was amongst winners for the Specialist category.

MediaCom prides itself on creating a collective and motivating culture, which gives our people great opportunities and experiences to be the best that they can be. Mark Pejic, CEO MediaCom Australia said of their win:

We are delighted that Shivani, Jimmy and Tessa have won at this years awards. Collectively, they are strong and passionate leaders in their fields and are amongst the industry’s best. Young talent is the heartbeat of the media industry and I am delighted that they have all been recognised and awarded for their talent, leadership and dedication.

Success and great work has been high on the agenda for MediaCom recently with the Queensland Government campaign ‘End HIV’ changing attitudes towards HIV, and other accolades including Westpac ‘Air Rescue’ earning a Silver Pencil at The One Show, and two bronze awards for NSW Government Hep C campaign ‘Enter the Party’ at the Festival of Media Global Awards.