This afternoon at Cannes Lions Madonna Badger, chief creative officer and founder of Badger and Winters, revealed their new emotional and political campaign #nokidsincages demonstrating clear passion for the topic.

Having lost her three daughters in a tragic house fire on Christmas Day in 2011, Badger spoke about coming to terms with this terrible loss and finding a new purpose in life. 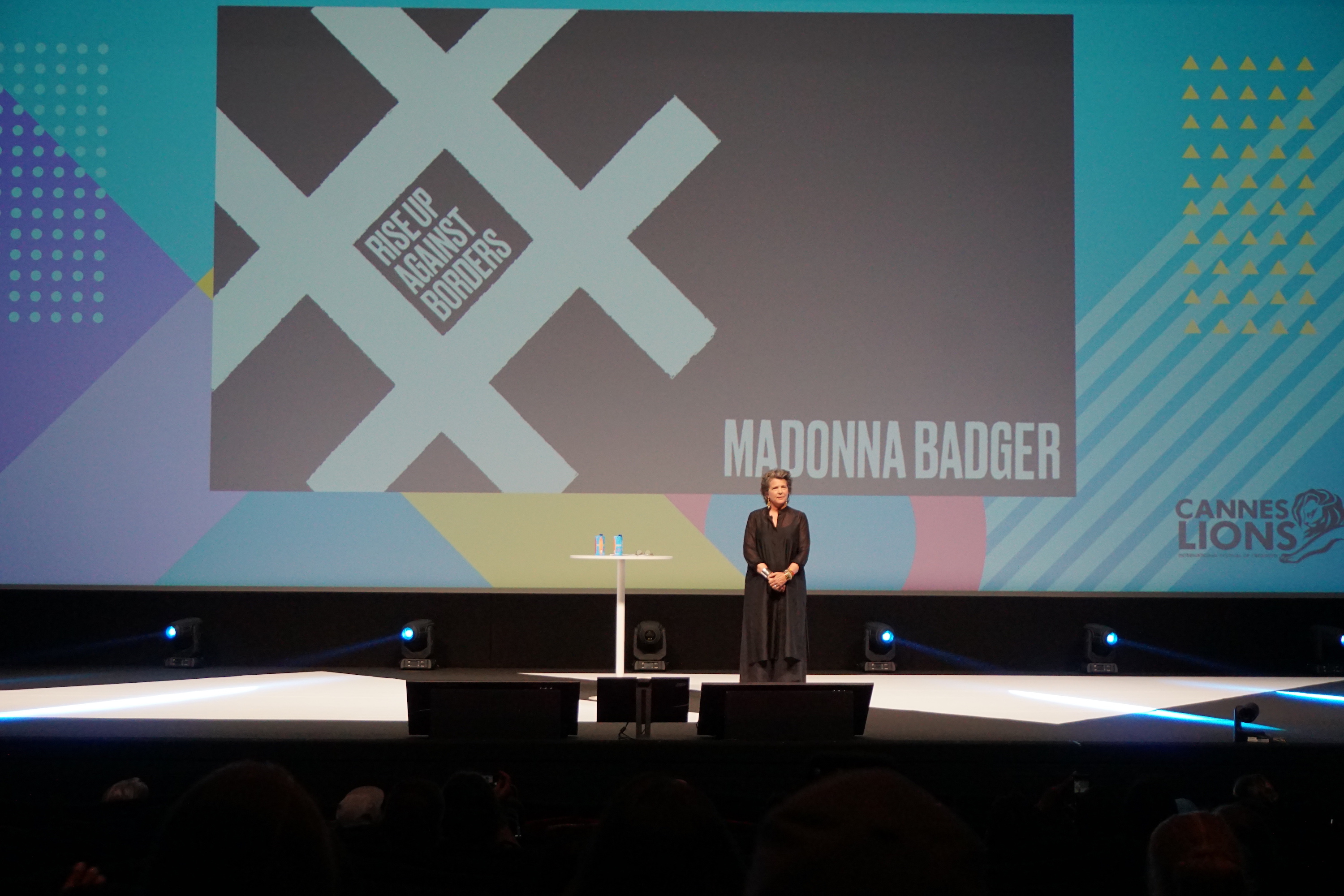 She said, “I was in the back of a car in LA going to a shoot and it hit me like a ton of bricks that this (what’s happening at the border) is actually worse.

“That having your children stripped away from you and taken away from you without any identification of the child or your family, that this was probably the worst thing I could think of. This was worse than my children dying.

“These children are being taken away like animals, like babies being stripped from their parents arms and put into cages.

“Then I knew I had to do something.”

On June 12th 2019, Badger and Winters launched #nokidsincages. They did it with a powerful NGO called Raices which is a pro bono legal services group who help people find their lost children and reunite those families.

They placed 25 cages all around New York City with small mannequin children crying inside them with signs that read ‘#NoKidsInCages’. The ‘children’ are wrapped in blankets.

“As quickly as we put them up, tweets started to happen, Instagram, news organisations. It was incredible.

“The purpose of these cages were for people to confront the actual horrible desperation that is happening at our border. For them to see a child in a cage and to hear the sounds of their screaming and their crying wanting nothing more than their mothers and fathers to come and rescue them.”

“It was incredible to see people who had fallen silent suddenly erupt back into conversation. In the few hours following the installations, you can’t imagine how many requests we got from different cities all over the United States asking us to bring our cage to them.”

Despite the cages being removed within three hours by law enforcement, there were over 120 million moments in over 40 countries, and in all 50 states where people were confronted with the suffering of these children and their families through sharing.

Badger commented, “That’s why I believe sharing is an act of protest. And this is where we can all rise up.

“There are borders all around us. Not just between countries or between families now unfortunately. There are borders of the colour of our skin, our gender, our names, our sexuality, our education, our address.

“There’s a value system that was created a long time ago that is badly badly broken that believes who you know, where you live, your sexuality, who you love, your gender – that all of these things are indicators of who you are. I believe that value system is broken.

“It does no one any good. Not us, not our industry, and certainly not the world.

“We cannot judge people by these old borders any longer. True diversity is based on how we think and our experiences.

“This idea of tokenism and ratios has not worked out. It’s time to rise up and do something. And as the creative industry of the world, steeped in the powers of communication, we are the ones that have the power to break down those borders.”

“Martin Luther King said, ‘Our lives being to end the day we become silent about things that matter.’

“Think about what it is that makes you cry, what makes you angry, what keeps you up at night. Use your voice and your creativity to inspire others to rise up.

“We have the power to demand peace and equality. And we have the creativity to do it.

“It only takes one person to start a waterfall of change. One small act. One giant act. One act.

You can check out the #NoKidsInCages campaign here.