As we come to the end of another massive year, head of OMD Word, Thomas Hutley, shares his thoughts on the biggest trends coming our way in 2016.

In 2015, social media continued to make global headlines as the world became well and truly divided on whether that dress was blue and black or white and gold (blue and black by the way), President Obama officially joined Facebook and for the first time ever, the Oxford Dictionaries Word of the Year is actually a pictograph officially called the ‘Face with Tears of Joy’ emoji.

Video on-the-go isn’t a new phenomenon, but live streaming is and heralds a new era of immediacy in the social media landscape. Applications such as Periscope, acquired by Twitter in January 2015 and Snapchat, allow brands to engage with their audiences on a whole new level.

In 2015 we saw many brands trial this by offering exclusive behind the scenes access, live product reveals and real-time fan Q&As. Following Facebook’s failed $3 billion acquisition of Snapchat in November 2013, unsurprisingly it wasn’t long before they responded and in August 2015 they announced Facebook Live – a live streaming video feature initially available for celebrities with a verified page but in December 2015 extended this as a trial for all users.

One thing’s for sure, live streaming is being widely adopted by consumers and offers brands the ability to connect with their audiences through a highly interactive medium. 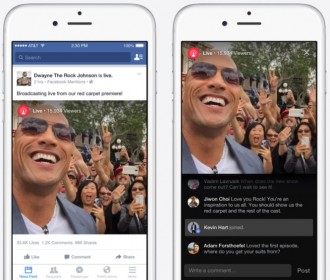 Over the past few years social media has been competing for more of the marketing budget as it increasingly demonstrates its ability to deliver ROI.

Social commerce has well and truly arrived and social channels will continue to innovate and evolve their ad product attempting to take a bigger piece of the pie. We’ve already seen the “buy” button introduced by Facebook and Pinterest, allowing brands to directly report back on website visits and online sales and then re-target those users who have actively engaged.

With Facebook’s increasing ties to global commerce platform, Shopify, it’s expected that it won’t be long before we’ll see a shopping cart feature built into the newsfeed allowing Facebook users to complete purchases within app and reducing total clicks to purchase from four or five to one.

It’s also anticipated we’ll see social ad platforms become more focused on B2B solutions given this is a largely untapped market for social networks (with the exception of LinkedIn), yet a significant opportunity to generate more revenue.

3. Organic only campaigns will become a thing of the past

While it’s been gradually on the decline for the past few years, it will simply be impossible for brands to compete on the large social networks without paid support.

Long gone are the days where Facebook would publicly announce 16 per cent as the average organic reach with this now struggling to reach one per cent of a pages’ total fan base. Quite rightly, Facebook say that no other major publishers will giveaway impressions for free, nor do brands expect them to offer guaranteed reach to their target audiences.

This is across the board on all social channels and since Instagram launched their self-serve ad offering in September 2015, it’s been indicated that organic reach will also reduce here as they look to monetise their offering.

This doesn’t take away from the importance of creating interesting and relevant content, but it does highlight that if you’re going to invest the time and money into building a community, then you also need to be allocating budget to be reaching the right people, at the right time.

If brands are going to invest $1,000 in creating a piece of unique content then they should be attributing at least double this to support that content with paid media. No longer can you share a post and hope it succeeds, you need to give it every chance of success by guaranteeing it reaches your target audience. 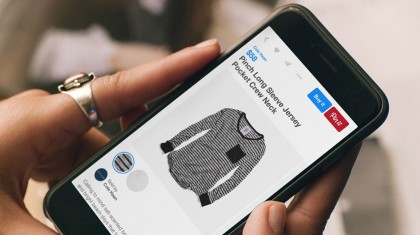 It’s no surprise that consumers are using a multitude of social networks, yet you’d be mistaken if they were using them for the same reasons. It’s this reason why a brand’s content strategy needs to be tailor made for the behaviours and habits of the audience on each channel.

Cross-promoting the same content on all channels using the copy n’ paste model will no longer cut it and the most successful brands on social will understand exactly what engages their audience and develop a content strategy bespoke to their channels.  If Instagram is used to look for inspiration, Twitter to stay across real-time events and Facebook to keep updated with news, then brands need to ensure their content mirrors this and doesn’t stand out like a sore thumb.

To build true brand advocates you need to keep them entertained and engaged with unique content across the channels they are interacting with. Otherwise, what’s the point in another follow?

5. Culture and context will continue to win

No matter how creative or compelling the ad, consumers will continue to care more about the ‘why’ than the ‘product’. Social media is a competitive environment with a lot of noise and no longer is a good product enough to gain attention. Brands need to tell a story, demonstrate their values and connect with their target audience on a more personal level.

This doesn’t mean intercept consumer’s attention at every given opportunity, the right context is equally as valuable and the brands that are connecting with their audiences with the right message, at the right time and in a meaningful way, will cut through considerably more than those simply shouting louder than the others.

The biggest social media campaigns of 2015 were those that connected on an emotional level, impacting the heart and the head and this trend will continue as brands see the longer term value this strategy can offer.

No longer are consumers just using Google to ‘search’ for content, news or gift ideas, frequently they’re using YouTube, Facebook and Pinterest who are continually evolving their search capabilities. The primary reason for this shift is that customers are relying more on comments, feedback, and reviews before making purchasing decisions.

This means that they are most likely to search directly on platforms where they can find that information and social networks are developing solutions that keep their audiences in-app for longer. In the past 12 months Facebook introduced Instant Articles and it was announced only this week that Fairfax will be the first local partner in Australia.

This an interactive way for publishers to seed any type of article, feature or video within app and that load 10 times faster than the standard mobile web. This is another benefit to consumers as it means they get access to the content they want quicker, whilst remaining in the Facebook environment.

Expect search functionality and improved in app content experiences to improve across many social networks in 2016 as they battle to keep consumers engaged in-app for longer. 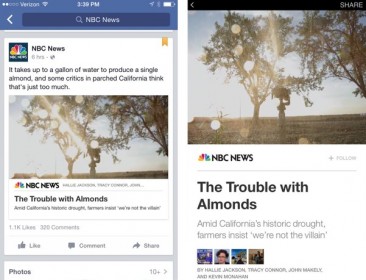 Social listening has been used for years as a valuable tool to monitor real-time keywords and conversations that consumers are having online. However, with the rise of social media channels and messenger apps, images are being created more rapidly than ever before with an estimated 2 billion shared across social media every day.

As a result, we’re now seeing social listening tools evolve to integrate image recognition technology, so while a brand may not be mentioned as a key word, these tools can trigger a response by recognising a product or brand logo. Furthermore, they can also tag faces, objects and scenes to provide insight into how a product or brand was being used.

Another prominent visual trend and fastest growing language in the world, Emoji, is also evolving the way brands can leverage social listening with new tools able to map Emoji usage and even measure sentiment, including sarcasm.

As unique visual content continues to be created and shared, it will be invaluable for brands to monitor how they’re integrated into consumer’s evolved storytelling, rather than relying simply on a written brand mention.

If brands are going to keep up with the rapid rate of innovation in social media, then they should look to the strategies widely adopted by the major social media networks over the past few years. Fail fast and learn from their mistakes, remain agile constantly looking to optimise on-the-go and always keep ahead of consumer habits.

This will be sure to hold them in good stead in this increasingly volatile environment.