A British job website, City Calling, has come under fire for its latest marketing stunt, which saw blankets, dog bowls and signs set up around London to look like a homeless person was living there. A cardboard sign read ‘Found a job’.

However, the set-ups were apparently fake.

Mashable is reporting the set-ups were found by a Londoner who then uploaded the images to Shit London Facebook page, a page about stuff in London.

The images above and below are ones that were uploaded to the Facebook page. 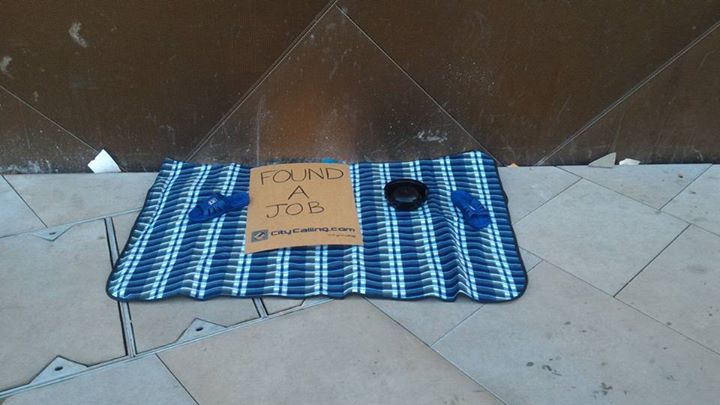 City Calling’s social media channels have been flooded with complaints from users, many demanding apologies and in shock at the company’s audacity.

However, when Mashable contacted  the company it said it had received the same response as the company had posted on its social channels.

We are a job board that facilitates every individual jobseeker no matter their personal circumstance. We have remained and… (1/3)

will remain a free service for both jobseeker and employer. As an organisation, we do endless amounts of charity work throughout… (2/3) 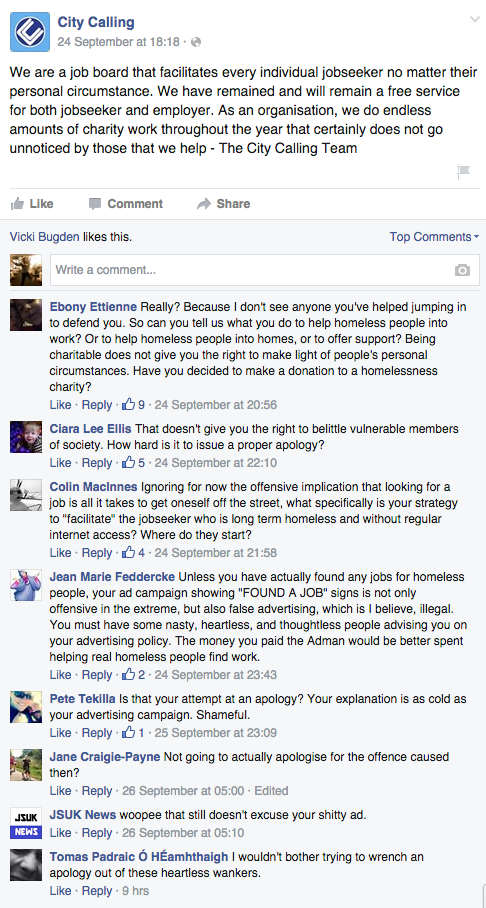