J.Walter Thompson Sydney has bolstered its growing creative department with the appointment of Steve Dodds as senior copywriter.

One of Australia’s most experienced writers, Dodds was most recently at Whybin/TBWA Sydney, where he spent eight years creating award-winning campaigns for NRMA Insurance, Rabodirect, Real Insurance, Fairfax, ASCA, Goodman Fielder and many more. 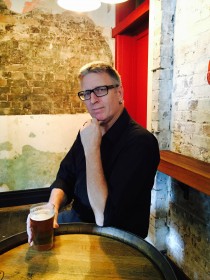 Prior to Whybins, he spent nine years at McCann-Erickson in Sydney and San Francisco, where he was creative director on Microsoft. He also had long stints at Y&R Sydney and Mojo, as well as being one of Sydney’s busiest freelancers.

“It’s not easy these days finding a writer of Doddsy’s stature. He’s very tall,” said J.Walter Thompson Sydney ECD Simon Langley. “His experience creating big brand ideas across almost every client category will be an invaluable asset to the agency.”

The hire continues J. Walter Thompson Sydney’s great momentum with continued growth and award successes. Dodds will work across all accounts at the Sydney office.

Says Dodds: “I’ve been doing quite a few things freelance with the folk at J. Walter Thompson over the past year and it has worked out really well. They are good people, have done some great work, and I think are primed to do even better. I’m very excited to make the arrangement permanent.”

Dodds has won a raft of local and international awards over the years at all the major shows, but he is most proud of his Kinsale Sharks. “They have the coolest trophy and are in the Gunn Report. I picked up a couple some years back, and I’m pining for more,” said Dodds.