Advertise with us
Posted 1 February, 2016


In this guest post, acclaimed Australian author and writer John Birmingham says the rise of geofencing (when and how a TV network can air a show bought from an overseas distributor) will simply drive more viewers to stream shows online…

Despite everything, the Networks still insist on geofencing content. The day before millions of fans tuned in all over the world to watch The X Files reboot, some cruel and unusual marketing genius at the Ten Network in Sydney trolled local fans of the show with a simple tweet. 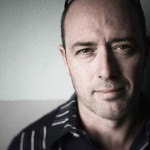 It was almost as though the idiots were boasting about the delay. Because the network wanted Mulder and Scully’s hugely anticipated return to prop up their Jan 31 “Super Sunday” schedule of a five month old Modern Family ep, and the execrable I’m A Celebrity Get Me Out Of Here, fans of the sci-fi series were forced to wait for their fix and run the very real chance of having the experience spoiled by a random tweet or blog post from a fan overseas.

Yes, it’s a truth universally acknowledged that modern consumers are entitled whiners. And yes, the inconvenience of waiting a week for a TV show might not compare with the inconvenience of having to chew through your restraints, kill a guard with a plastic spoon, and crawl through a pile of body parts to escape from a Syrian murder dungeon. But first world problems are still problems and the deeper you peer into them, the more problematic they become.

Ten will lose viewers, despite the crazy brave optimism of a spokesbot which insisted, “We are confident that viewers will enjoy this highly anticipated series, free and legally.”

It’s not simply the arrogance of assuming that viewers don’t have options such as torrenting a copy, or simply flicking on a VPN. Not everyone will bother, although the pirate history for Game of Thrones suggests hundreds of thousands could. Ten’s old school hubris – evident in the crack-brained plan to show episode two of the X Files the night after the delayed premiere before returning to Sunday night screenings, six days behind the US release – betrays a deep disconnect from the world of real things that is hollowing out the business model of much larger, and more powerful media players.

In a weird, almost eerie instance of doublethink you can actually see them denying their ruin at the very moment they see it coming for them.

“Whether you agree or disagree with geoblocking is not the point,” says ASTRA’s Andrew Maiden, commenting on studio pressure on Netflix to block overseas access to the Big Rock Candy Mountain of the streaming giant’s US catalogue. Geofencing might be bullshit, he almost admits, before the emergency subroutines light up and force his argument back on message, but “right now it’s how film studios choose to sell their assets. One day technology might end up forcing that approach to change, but until it does studios have the right to enforce their contracts and streaming companies have an obligation to police their rights deals.”

Yes, one day technology might end up forcing that approach to change. I wonder what that might look like? Hundreds of thousands of refuseniks torrenting Game of Thrones rather than paying Rupert Murdoch for the questionable privilege of pumping dozens of channels of digital sewage into their homes so that might pick through the torrent of turds for the occasional shiny gem? Probably.

The flaw at the heart of Maiden’s plea on behalf of the studios is that that day isn’t coming, it’s been and gone. We live in the future now. It’s an uncomfortable reality that’s bunching the undies of any content producer with merch that can be transmitted in ones and zeros.

Netflix understands this, even as they attempt to mollify their current suppliers by erecting a highly permeable geofence to stop their overseas customers tasting all that sweet, sweet American candy. It’s the promise of the candy that brought those customers to Netflix, which like Amazon Prime Video, is spending money like a drunken Senator to keep the shelves stocked with goodies. Netflix bosshog Reed Hastings puts a five year timeline on the end of geographic rights.

Others imagine them in the far future, because they were such a good idea in the distant past. English language book publishers for instance once happily carved the world up into British and American empires. This was a spiffing old rort when books were heavy, solid blocks of atoms that had to be packed into steamships for passage to the new world. Clinging to that distribution model in the age of Amazon isn’t a business plan, it’s an obsessive compulsive disorder. And yet they do. If anything, the mega-merger of Random House and Penguin has inflamed the derangement of industry giants who still see the global market as a magical bento box in which the same piece of sushi might be enjoyed three or four times over, entirely at their leisure.

Here in the future, however, consumption is global and immediate. To frame market demand for instant and universal access to products as whiney and entitled is to fall into the category error of judging a functional process in moral terms. Damning the motives of the cold, historical forces putting you out of business might offer the temporary warmth of righteous, burning indignation, but you’re still out of business in the end.