Do you work in advertising? Do you come home from said job, crash on the couch to watch the latest instalment of MKR or Married At First Sight and think, “Bloody hell, there’s a lot of ads”? Could you be both the cause of, and the solution to the problem?

Well, if you do think there are too many ads on TV, you’re not alone. Boss of Disney in the US, Bob Iger (pictured below), has just come out and said that very (rather controversial) thing. 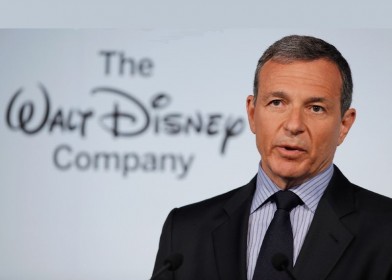 During the company’s quarterly earnings report on Tuesday, Iger declared: “In general there is probably too much commercial interruption in television,” Business Insider has reported.

“I think in today’s world we have to be mindful of the number of commercial interruptions,” he added.

Disney’s total revenue fell three per cent in the quarter ended December 31 to $US14.8 billion, while profit dropped 14 per cent to $US2.5 billion.

Iger said he’d like to see less ads on the Disney-owned sports cable channel ESPN and news channel ABC, especially when those networks are competing with ad-free competitors such as Netflix. He blamed falling subscriptions (ESPN has lost nine million subscribers in three years) primarily on the size of the ad count but still believed that viewers would prefer to pay a subscription fee if it meant watching less ads.

ESPN was mostly to blame for an 11 per cent drop in the company’s cable operating income to $US864 million. While its other cable networks were flat.

When it came to increasing eyeballs to ESPN, Iger said he wanted to ensure it was on every new digital service.

“We believe that (digital TV services) is going to occupy a good part of the future. It’s less expensive, easier to use, more mobile friendly,” Iger said. “Disney’s already signed deals to include ESPN and other channels in Hulu’s upcoming launch, as well as other unnamed services.”