Sure, this one isn’t exactly advertising related, but if you’re after some motivation then it’ll tick all the boxes. In a guest post, Alan Manly (pictured below), founder of Group Colleges Australia and author of The Unlikely Entrepreneur, takes a look at some wonderful Aussie success stories and the humble beginnings in which they were born…

Entrepreneurs and the famous often appear in our lives oozing success. However, like anyone will tell you, success rarely happens overnight and there are often fascinating stories behind them. So, what can we learn from four of Australia’s most high profile? Let’s take a look. 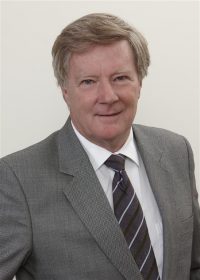 Few folks in their seventies feel like getting involved in a startup. There is one great Australian that did just that. Len Ainsworth is recognised as one of Australia’s great success stories. He was the driving force behind the Aristocrat poker machine empire, when at the age of seventy two, was advised that he had one year to live. It goes without saying that is a traumatic situation.  Len divided his fortune into nine equal portions and distributed to his seven children, ex-wife and current wife. As fate would have it Len made a full recovery from his illness. So there he was at seventy two years of age alive and well and decided that he would start again. The result of that decision was the new poker machine company Ainsworth Game Technology that was recently sold for $470 million.  Now at 94 years old Len is still Chairman of the company. If ever there was proof that you are never too old for a startup Len Ainsworth is living testimony.

Many have dreamed of inheriting the family fortune. Blessed with a famous family name and a legend of a father being Lang Hancock of mining industry fame, Gina as the only child ultimately inherited the bulk of the family fortune. Along with the fortune came a mountain of debt and an aggrieved step mother.  Being rich, deeply in debt and famous the story made headlines for years. To add a further challenge it would be readily agreed that the mining industry is hardly top of the pops for a girl wishing to build a career. In a classic quote Gina declared where she was coming from. “There is no monopoly on becoming a millionaire. If you’re jealous of those with more money, don’t just sit there and complain – do something to make more money yourself.” Fate blessed and cursed Gina with a complex situation that only pure determination could overcome. The Forbes Australia billionaires report lists Gina as the wealthiest woman in Australia.

A dinner party story John Symond loves telling (which I’ve been present for) is that during a lower moment in business narrowly avoiding bankruptcy, he visited the David Jones store in Parramatta. Upon selecting a tie he tendered his credit card as payment. The nice girl behind the counter scanned the card, took out a pair of scissors and in full public view cut the credit card in half. It always gets a laugh from those sitting around the dining table for 20 in his 100 million dollar mansion.  After the tie cutting event John borrowed money from his brother and worked long hours offering after hours home loans consulting to purchasers. He built an empire by offering something the banks were disinterested in offering. Home loan applications service in your home. Aussie Home Loans call sign of “we’ll save you” worked for his customers and saved John from any risk of further financial troubles.  John eventually sold Aussie Home Loans to the Commonwealth Bank.

If you can’t make, it fake it

Dick Smith is a famous Australian often heard in the media declaring his views on issues that affect Australia. Having started his business in 1968 with $610 (approximately $4000 in today’s money) he took an idea form overseas, being self-service in shops as opposed to counter service. This innovation was a boom for his business as clientele of electronic hobbyists could browse and not require staff interaction. This was a breakthrough in the late 1960s. Business success sometimes requires a nudge in the form of a public relations event and Dick really hit the PR jackpot by getting major media attention for towing a fake iceberg into Sydney harbour. The cost of the barge covered with plastic and white firefighting foam was minor compared to the total radio and TV coverage. Dick Smith became a big name in the community long before serious financial success was realised.