The first ever annual McGrath Breast Health Index, which measures levels of what is being termed ‘breastpertise’ among women in Australia, was released today. Breastpertise refers to four criteria comprising breast health understanding: awareness, confidence in recognising changes in the breast, knowledge of risk factors for breast cancer, and behaviour in terms of frequency of checking.

Published today in Getting a Grip: A Report Into Breast Health Understanding Among Women In Australia, the McGrath Breast Health Index reveals that only 15 per cent of women in Australia meet all four criteria. 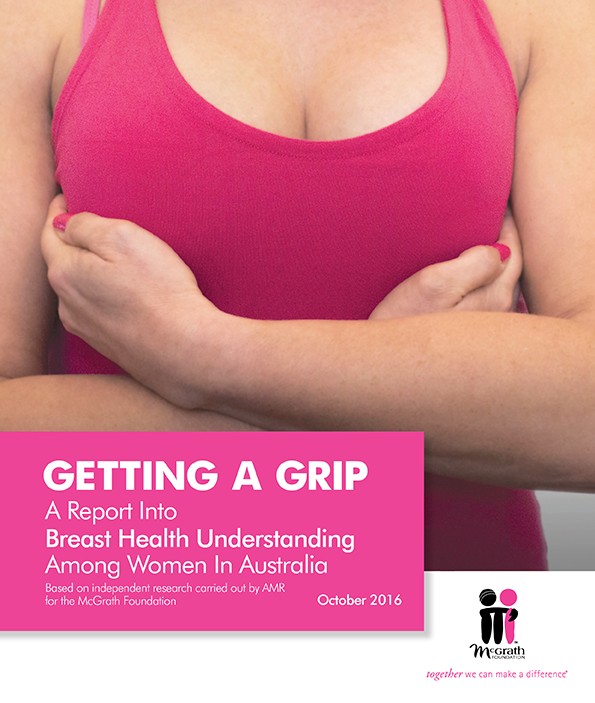 According to Petra Buchanan, CEO McGrath Foundation, the results of the McGrath Breast Health Index are both alarming, and hopeful. Alarming because the number of women who scored highly for all criteria is low, but hopeful because the research provides clear direction for future education.

“Improving breast awareness among young people, particularly women, is a key part of the McGrath Foundation’s vision – we like to say ‘if you grow them, know them!’ With the amount of information available about breast awareness, it’s easy to assume that women have a high, and accurate, understanding of their breast health,” Ms Buchanan said.

“This is concerning because it means that potentially there is a substantial number of women who believe they are breast aware, are confident in their ability to recognise changes, are checking their breasts for changes frequently – but are armed with incorrect information about what actually causes breast cancer,” she continued.

“This research shows that ‘knowing’ your breasts is a lot more than simply being breast aware. We need to redefine breast awareness so that people also take into account the three other factors that make up what we’re calling breastpertise – confidence, knowledge and behaviour – and ‘get a grip’ on their breast health, by educating themselves, and having the right conversations, to build a new generation of breastperts,” Ms Buchanan said.

While the research was conducted among women only, the McGrath Foundation provides education aimed at young women and men in Australia. While breast cancer predominantly affects women, with 15,934 women expected to be diagnosed in 2016 alone, approximately 150 men in Australia are also diagnosed each year.