Filmgraphics is set to turn the comedy world green with envy after announcing the arrival of Irish directors John O’Hagan and Lorcan Finnegan (pictured).

Joining the ranks of Sydney’s most established production company, both directors have roots in comedy, hail from Dublin, and have been behind award winning work for global clients including the likes of Mercedes, Coca-Cola, Microsoft, Budweiser, Heineken, Renault and Lucozade.

After completing a BA in graphic design in Dublin, Finnegan moved to London to work for Charlie Brooker’s comedy production company Zeppotron as a motion designer, editor and later as a director. In 2004, he moved back to Dublin to set up his own studio under the name Lovely Productions. 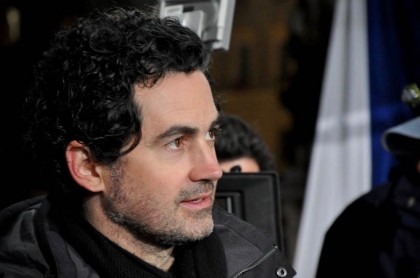 Since then, Finnegan has written and directed several short films, TV commercials and music videos and his latest short film for the Irish Film Board, FOXES, premiered at the SXSW and won an IFTA for Best Short Film as well as screening at Tribeca and many international festivals. He has finished post on WITHOUT NAME his first feature film and is currently collaborating with writer Garret Shanley on sci-fi feature VIVARIUM with Film4 and the IFB.

He began directing commercials through Hungry Man New York. His debut, ‘Arctic Ground Squirrel’ for Dial-A-Mattress, earned him a Cannes Gold Lion and a Gold CLIO. A visual-comedy director, he is well known for his award-winning Super Bowl commercial ‘Cat Herders’ for EDS. His work is well known for both humour and strong visual storytelling.

Filmgraphics executive producer Anna Fawcett said, “We are truly delighted to bolster our ranks with the likes of these talented directors whose repertoire of international achievements is sure to impress. May the road rise to meet all who welcome them to Australian shores.”