The B&T Awards is so huge it needs two days to reveal its shortlist – Not because there’s so many awards, that’d be tedious – it’s because the achievement of the agencies revealed below is so magnificent as to be worthy of two full stories.

Today we present the shortlists for the Agency of the Year categories as well as the Marketing Team of the Year, Employer of the Year and the Production Company of the Year. This group of finalists will be required to present in person during the second live-judging day, presented by ThinkTV, held on 3 November in Sydney.

When you get to Independent Agency of the Year, please don’t write in! We appreciate The Works is no longer independent, however, they were for the judging period, and as such, this year represents their last chance to take out that prize. We’re guessing that makes them sentimental favourites, but only so much as you can be sentimental about an agency enjoying a $30 million cash bath.

Regardless of what we write here, you’re just going to scroll down the page to see who made it through to the next round. Now these titans of the industry can start honing their handshakes, PowerPoints, singing voices and (we feverishly hope) their dance moves.

Top runners in terms of pure volume of number of places on shortlists goes to CHE Proximity with six, while Affinity bagged four nominations and Atomic212 also with four.

With no further ado, here’s the list you’ve all been waiting for. A thousand thanks to all of our judges and sponsors for their respective hard work and support.

Book your tickets for our fabulous presentation night, and remember, it’s in Melbourne (at the Peninsular Docklands) this year, so you have to book your flights too!

Advertising Agency of the Year

Direct Response/Performance Agency of the Year

Emerging Agency of the Year

Employer of the Year – Over 100 employees

Employer of the Year – Under 100 employees

Independent Agency of the Year

Marketing Team of the Year

Media Agency of the Year

PR Agency of the Year

Production Company of the Year 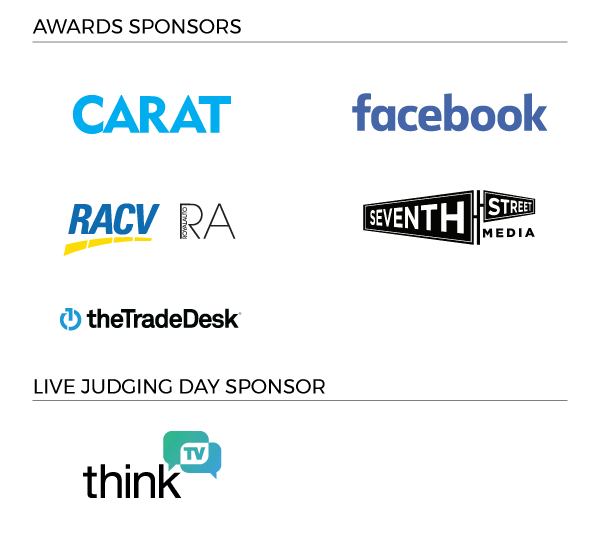