Evolve Media has just announced some big plans in Australia; B&T sat down with the president and co-founder of Evolve, Brian Fitzgerald, and its Australian managing director, James Perry, to chat about Evolve’s acquisitions, why publishing content is so important and the decision to launch a local parenting website-Mumtastic.

The digital media company has announced a takeover of video and technology company VOLT and online media publisher Urban Geek. These two gains will integrate within Evolve’s male vertices Gorilla Nation. Speaking about the VOLT acquisition, Perry said: “For us video is obviously important in the market, it helps us cement us. It’s probably one area where we haven’t had much reach so it’s a massive gain.”

“There is globally a lot of consolidation going on, if you’re sub-scale in terms of a business it’s very difficult to compete in the infrastructure and products to combat all of these things like blocking, viewability etc,” added Fitgerald.

“So you’re seeing a lot of companies unable to weather that evolution…increasingly you’re going to be seeing a lot of consolidation in the Australian market place. There is a growing opportunity for us to look across the Australian media landscape and look at ‘who has a good product, a good set of assets but not necessarily a thriving business because the overheard and expense of trying to operate is too much.

“Our goal would be to opportunistically look at those opportunities and where they make sense acquire those business so we can grow our overall Australian digital media footprint with an increasing leaning towards the publishing side.”

Adding to these plans, Perry said: “It’s also about having stuff which caters with what the local audience wants…if there is a local bend to it that’s where the success comes from.” 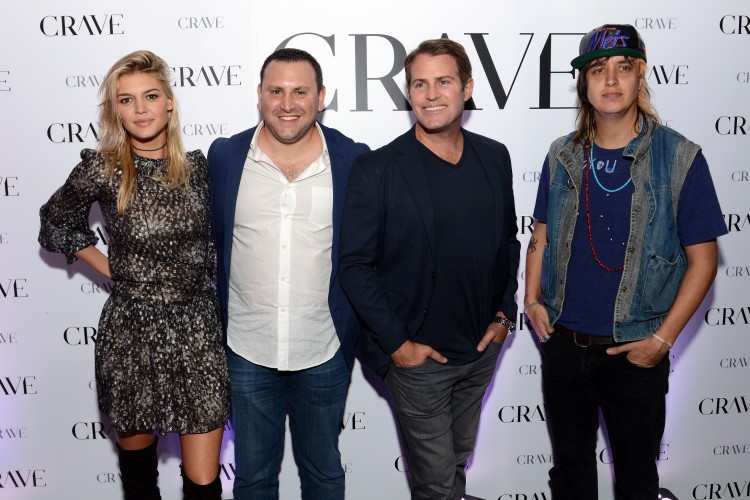 Brian Fitzgerald (second from the right)

“One, because being a publisher positions you well in the market, Second, which is important, if you generate content and you’re successful at doing it; firstly you’re performing a service because you’re giving people content but secondly it makes you better because you have to respect that content.”

For Perry creating original content makes business sense, but also means publishers are engaged with the top. “Publishing gives you that enthusiasm and it gives you that ability to connect with somebody, if you do it right it’s what makes publishing fun.

“As a business it makes you more relevant, because you can be a better partner and do more interesting things. As you publish stuff and you have more involvement, becuase you get a better insight into what’s going on.”

One of the ways Evolve is advancing its footprint in Australia is through the launch of parenting website Mumtastic, a local version of the U.S. parenting site Momtastic, an all-inclusive web destination combining premium content and community for today’s mothers.

The States equivalent, Momtastic, has an audience of 13 million unique users and 76 million page views worldwide (comScore) (September 2015). According to Fitzgerald, Evolve noticed around 181, 672 Australian parents visiting the American site every month. 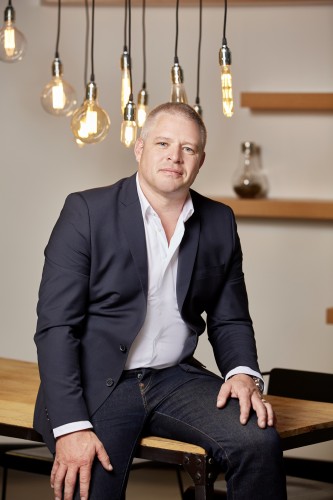 “So we knew there was a hole in the market for quality parenting content and we were partially filling that whole (Momtastic)…We felt that if we went that extra step and we started to build the true expert local voice, then we should see traffic grow pretty significantly because we’re seeing it grow at a pretty healthy clip without even doing anything,” Fitzgerald said.

“There is certain content which is global in nature, you don’t need to localise ‘gaming’ content but when you look at things like beauty, fashion and parenting there definitely is something to be said for someone who lives in the market and understands the nuances of the local audience.”

That expert in the Australian parenting market is Mumtastic managing editor Browyn Mandile, who has written and presented for digital publications such as Kidspot and Live4.

Fitzgerald believes Mandile will be able to relate the global brand ‘Momtastic’ as well as adding local flavour into Mumtastic: “We’ve had a lot of successes hiring editors who really understand millennial mums, they set the editorial agenda and then depending on the topic we will leverage celebrity guest editors, the right influencers that exist out there and seek to get them engaged.