Bauer’s ELLE Australia will this week launch the first ever ‘print-on-demand’ cover for the May 2018 issue, with five collector’s edition covers available for pre-order.

For the first time in Australia, a series of covers have been produced showcasing five young female stars of 2018. The #ELLERiseUp edition reflects Bauer Media’s Female Futures company purpose by celebrating talented women who are standouts in their fields of TV, music, film, sport and fashion.

For this issue, ELLE hands the control to its readers to choose their own experience by pre-ordering their favourite #ELLERiseUp issue cover online. It will be delivered ahead of the April on sale date. 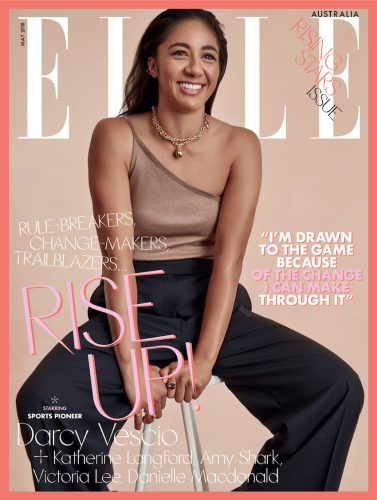 Fresh from appearing on The Tonight Show Starring Jimmy Fallon and performing at SXSW, ARIA award-winning singer/songwriter Amy Shark is currently touring her hugely popular songs to sell-out crowds throughout Europe and the US, championing individuality and integrity in the music industry.

A marquee player in the inaugural AFL Women’s League, Carlton footballer and 2017 leading goal kicker Darcy Vescio has used her soaring profile to campaign for important issues like same-sex marriage. She is also a multicultural ambassador for the sport. 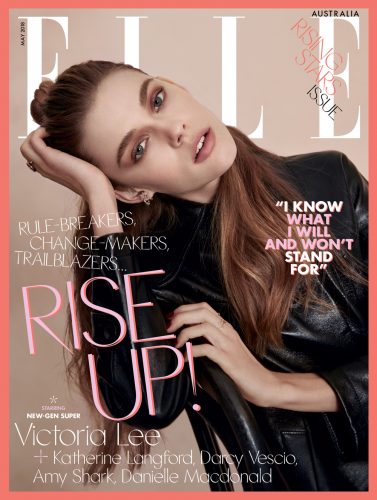 Model Victoria Lee, walked in to her first ever Victoria’s Secret fashion show in 2017 and is vocal in her support of the #MyJobShouldNotIncludeAbuse campaign.

Outspoken around the Time’s Up movement, and choosing to work on projects that deal with issues such as suicide and teen sexuality, Katherine Langford is the Golden Globe-nominated star of 13 Reasons Why and Love, Simon. 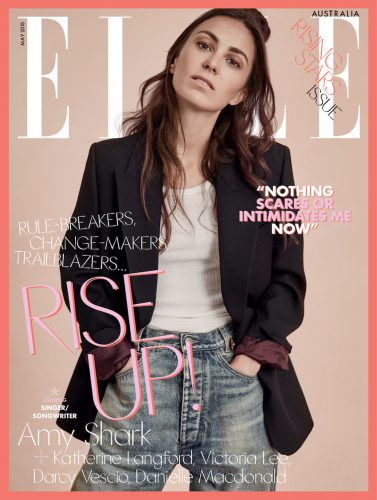 “At such an important moment in time for women, ELLE is championing a new generation of smart, brave and bold trailblazers who are each making a significant mark on their respective industries,” says ELLE Australia editor-in-chief Justine Cullen.

“These women are thoughtful, intelligent, unique and care deeply about the impact they can have. Together I think they represent beautifully the change we’re seeing in the world today.”

The #ELLERiseUp issue is another step towards Bauer Media’s corporate promise to write “10 Million Words” across its portfolio of premium cross-platform brands by 2019, supporting the drive for a better and more equal future for women.

Since launch, ELLE has consistently developed unique ways to excite and connect with new audiences with market-leading publishing innovations. In June last year, in another world fashion first, ELLE shot the cover and editorial on the iPhone 7 Plus.

In the previous November issue, ELLE partnered with Twitter for the #ELLETwitterTakeover, which saw the ELLE team move into Twitter’s Sydney office for a week and give readers the opportunity to decide on the magazine’s content.

For the July 2016 issue, the look of supermodel Gemma Ward could be changed thanks to a special mix-and-match flip cover. And in partnership with Olympus, the ELLE Studio was launched to deliver social-media content to readers faster than ever before.