Entrepreneur Dick Smith has utilised ad space in The Australian newspaper in a call to the Liberal party to select someone new for the seat in Mackellar, a suburb near Manly in Sydney.

Former speaker Bronwyn Bishop has held the seat for the past few years, but the ad in yesterday’s paper – per news.com.au – called Liberal MPs to reconsider in the election’s pre-selection process.

The ad doesn’t expressly name Bishop, but suggests many of the Liberal members have been told who to vote for.

The preselection process for the seat in Mackellar is occurring this Saturday.

Smith had previously announced he was going to stand against Bishop for the seat, if Liberal members did not choose a younger candidate. However the ad did not include a campaign message to vote for Smith himself. It called for a candidate who wanted to keep Mackellar the same as it had been for the past 50 years.

“Please consider the future of our children and grandchildren when casting your vote to select the Liberal candidate for Mackellar,” the ad begins.

“Are we heading towards the destruction of the way of life as we know it today?”

The ad features an image of Northern Sydney beach Avalon chockers with people. Many images featuring the same beach are devoid of people.

“Please reject the clearly Non-Democratic Party Machine. Don’t be manipulated by the Factions.”

See the ad below. 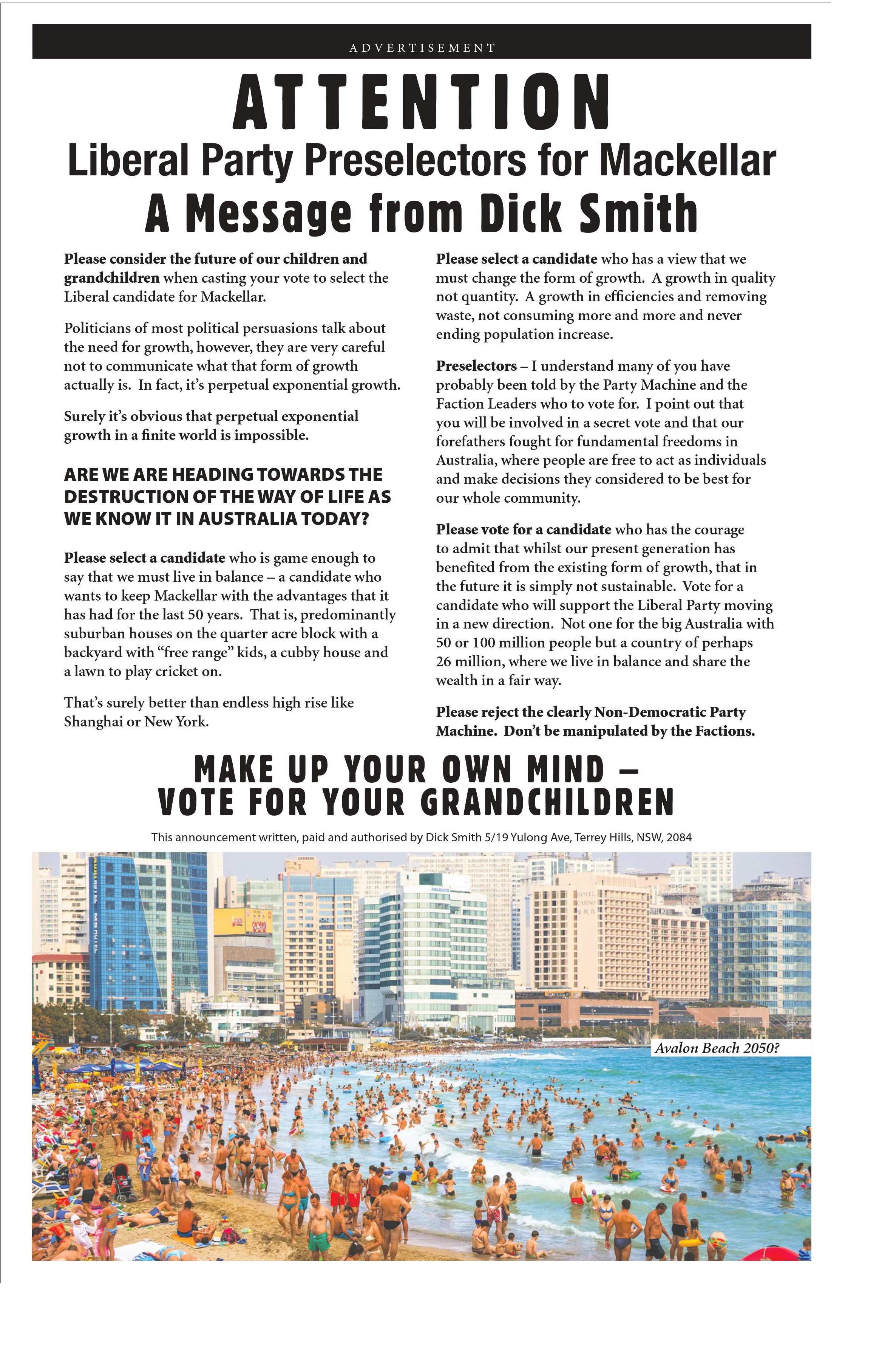 Smith isn’t the only one to buy up some ad space in The Australian. Aside from the usual advertising, NGO’s have used the paper’s space in a plea to welcome refugees into Australia.

Similarly, many brands collaborated together May 2015 ago to show they stand for marriage equality.

However, that ad has since been a ‘hit list’ of sorts for religious figures who do not agree with the views.