The 19,000-strong audience of HubSpot’s Inbound 2016 conference were collectively floored in Boston overnight by the authentic charms of Hollywood actor Anna Kendrick.

The star of the Pitch Perfect franchise, Up In The Air, Into the Woods as well as a string of other movies and stage performances was speaking at Inbound as an inspirational keynote and Kendrick hit the mark exquisitely.

She had the crowd in equal measures of rapture and laughter as she revealed she was uncomfortable with her social media presence initially because she was trying, but failing to put a Miss America version of herself out there.

“Initially there was all these people on Twitter who were claiming to be me and so I just got on and said: no this is me thanks. I didn’t think I was going to use it much and I felt like I was putting out a really sanitised version of myself, which felt safe to myself. It was safe, the tone of it was very inoffensive and … no-one really cared about it.”

Kendrick, who was nominated for a Broadway Tony Award when she was just 12, said she used to think of something silly or funny to say and she would hold it back from Twitter. Eventually she stopped holding it back and got the most amazing reaction.

“As soon as I said something that was a little bit honest or embarrassing or like kind of admitting a behaviour like having really petty motivations for certain things, people respond to things like that because we’re all so flawed and people like to see someone else say it first.

“I found it helped me a lot because I got to put a little bit of myself out in advance and so when I got to meet people in real life and couldn’t stop myself from saying something sarcastic people knew that was just how it was going to go.”

From there she found the more she was herself online, the better experiences she had with people in real life.

Kendrick, who has just finished hr first autobiagraphy Scrappy Little Nobody, said the most valuable thing “I’ve learned is that when you try and be authentic it just doesn’t work; people can smell it on you.” 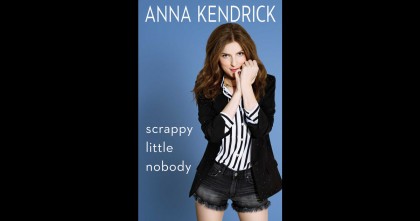 She relayed the anecdote of when she was promoting Into the Woods she had a bunch of behind the scenes photographs that she wasn’t allowed to share with anyone for more than a year.

“A week leading up to the release I thought I would just do a photo a day until the movie came out. It got such a big reaction, Disney got so excited about it. Since then, some other studios have asked me if I would do something similar for other movies and I just don’t want to because they know! People are savvy, you’re not fooling anybody. So coming from somewhere that is genuinely organic is the most important thing.”

A very similar thing happened with Pitch Perfect 2. A couple of girls sent me their photo standing in front of the movie poster doing the pose I was doing in that poster. It made me especially happy because when we were shooting that poster, some of the folks in the studio were getting really sweaty because I wasn’t serving them a little bit of sex . . . the people who were buying this movie don’t need me to be serving them a little bit of body, that’s not what is selling this movie.

“Then I posted the photos of the girls, then more girls started sending me their photos and I posted them and the whole thing got so intense and we ended up with these big collages of photos. Then the official Pitch Perfect 2 Instagram page started saying send us your best Becca Mitchell poses and I was like: You’re ruining it! As soon as it becomes this sanctioned thing, it goes away.