The 33-year-old Holliday is reportedly the world’s first size 22 model and has said she has weighed as much as 140 kilos at her heaviest.

Her Cosmo cover also includes the line that she “wants the haters to kiss her ass.” 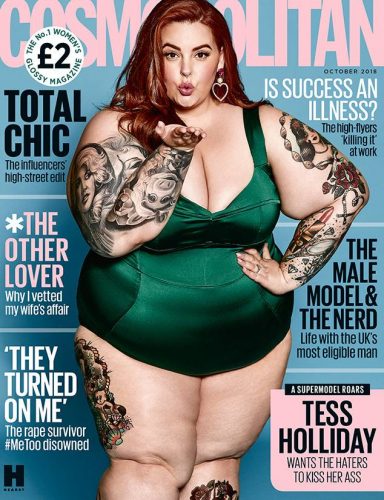 Morgan wrote: “As Britain battles an ever-worsening obesity crisis, this is the new cover of Cosmo. Apparently we’re supposed to view it as a ‘huge step forward for body positivity.’ What a load of old baloney. This cover is just as dangerous & misguided as celebrating size zero models.” 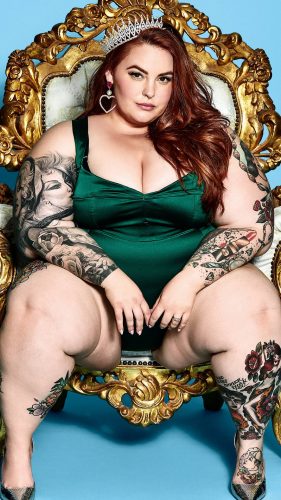 However, Holliday was having none of Morgan’s fat shaming, immediately tweeting back: “To everyone saying I’m a burden to the British health care system, I’m American so you don’t have to worry about my fat ass. Worry about what horrible people you are by whining about how me being on the cover of a glossy magazine impacts your small minded life.”

But it appears Morgan is on his own with his criticism, with many people congratulating Cosmo’s editors for the daring cover and spread.

Readers taking to social media to laud the decision. “You give me confidence, I always felt like I was never pretty because of my size but I’m slowly starting to accept the size I am an love myself for it. Thankyoy [sic],” wrote one. While another added: “Not only the cover but in a bathing suit too! This cover is going to be a game changer for so many girls and young women!”

While another penned: “Yesss! If I had seen plus women like me on magazines growing up, it wouldn’t have taken 25+ years to love my body. Thank you Tess Holliday.”

Holliday is the creator of the #effyourbeautystandards Instagram campaign. In the accompanying interview, she told Cosmo: “I created [the campaign] out of frustration,” she told Cosmopolitan U.K. “I was angry and sad that people kept commenting on my pictures saying, ‘You’re too fat to wear that!’ or ‘Cover up! No one wants to see that!’ And then one night I was lying in bed and thought, ‘F–k that!’ So I posted an image with four photographs of myself wearing things that fat women are often told we ‘can’t wear’, and encouraged others to do the same.”