Trans-Tasman creative agency Hunter has reminded beer fans of the heritage of the brand that invented the recyclable can in a new campaign for Coors Australia.

The agency is behind the old school can crushers showing up at select bars around the country, as well as a social media campaign that encourages Coors drinkers to submit their own creative can-crushing videos.

The campaign revolves around the ‘ritual crush’ – the post-beer rite of disposing your cans, whether with a stomp, a crunch or a bare hand. To bring that to life, physical can crushers were installed in about 20 key bars around Australia.

The campaign also encouraged Coors drinkers to submit their own creative can-crushing videos on social media. 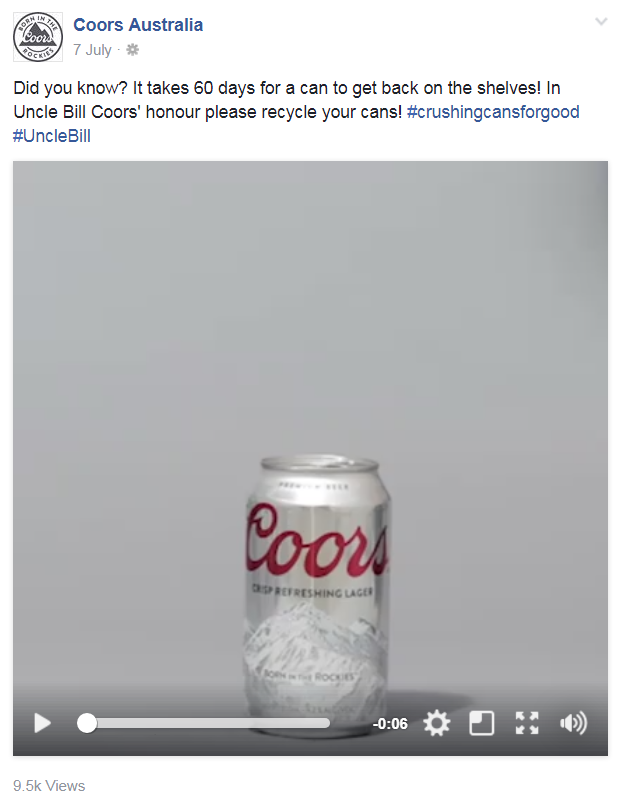 The campaign is also an effort to highlight the legacy of Uncle Bill Coors, the man who pioneered the recyclable aluminium beer can way back in 1959.

Hunter CEO Simon Hakim said he knew Coors wanted to get a message about its heritage into Australian bars, but with bar managers being generally wary of marketing, he also knew the Coors message had to be conveyed in an unconventional, credible way that would get attention from 18-25-year-old beer drinkers.

“When everyone else in the beer world is talking about craft, we wanted to tell the world about Coors’ rich heritage, particularly around cans and recycling,” Hakim said.

“You can’t do that with a cookie-cutter approach, you can’t really do it with branded point of sale, but you can do it with a campaign like this.”

Marcus Kellett, national activation manager for the Molson Coors portfolio, said: “Our heritage is an extremely important part of the Coors brand, but it’s one that is perhaps less well known here in Australia, so we were keen to work with Hunter on the Coors Crushers to help bring it to the fore.

“This isn’t a typical branding exercise for us, but we love the creativity Hunter brought to the job, and the response from the venues and drinkers has been fantastic. It’s changing the brand narrative, and that helps us forge better relationships with the trade too.”