While mega-shopping days such as singles day in China and Cyber Monday in the United States have become massive revenue spikes for online retailers in their respective countries, Australia’s Click Frenzy has left Australians a little bemused, with the much-hyped day failing to be the biggest online shopping day being nudged out by the first week of December.

“The average Australian Internet user will spend a total of $328 online during November and December, driving around 18 per cent of total online sales for the year. In 2015 we expect an increase in online sales during Click Frenzy on 17 November. However, we are predicting the biggest day for online spending will be 7 December,” said Tamara Gaffney principal research analyst, Adobe Digital Index. 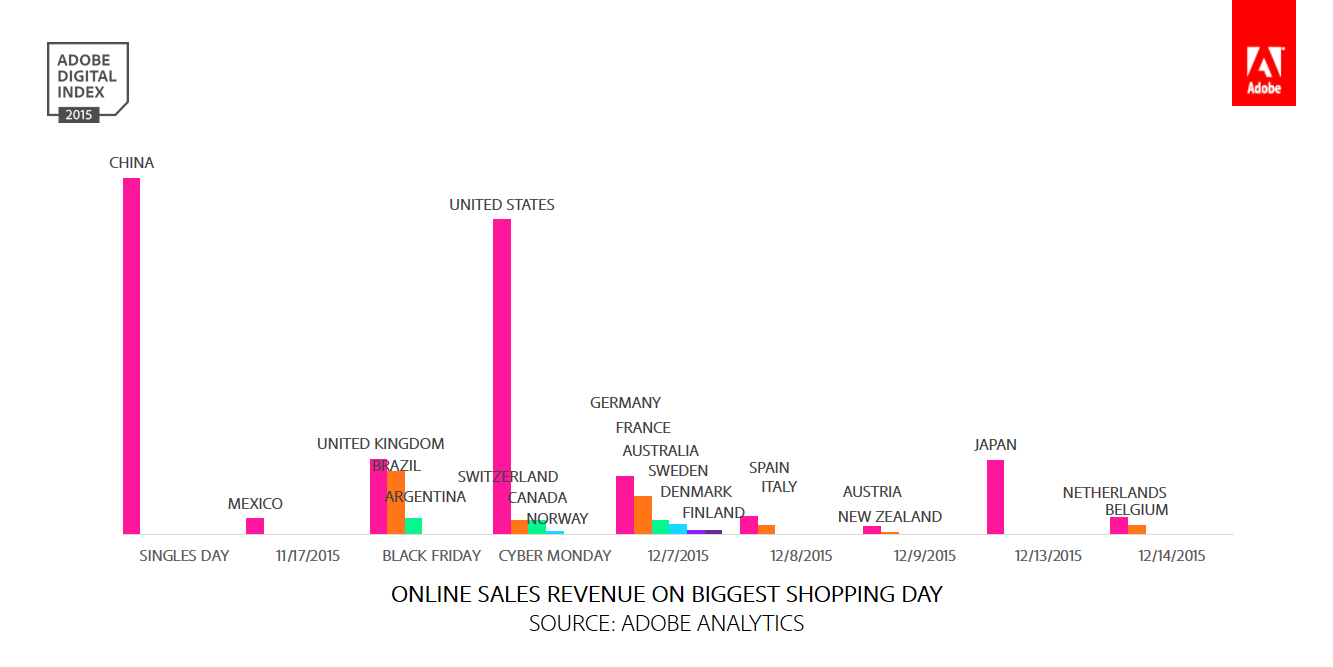 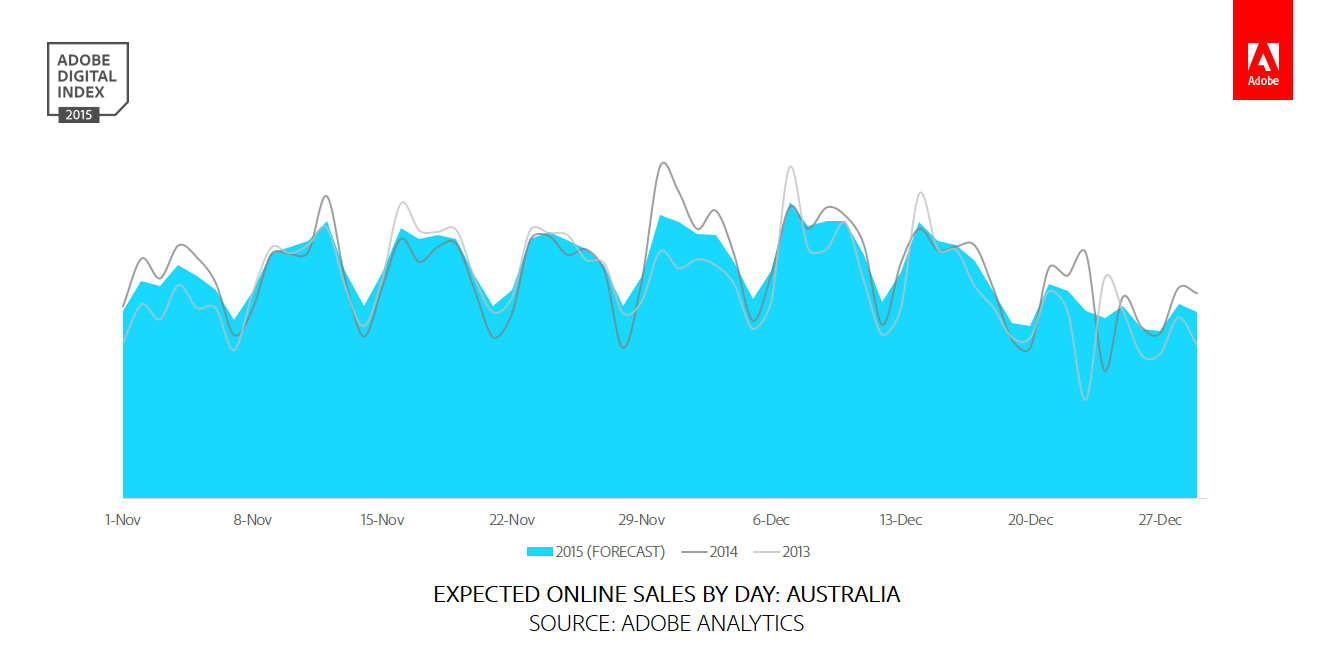 Adobe’s global Online Shopping Predictions is based on an analysis of 55 million product shop keeping units (SKUs), aggregated and anonymous data of more than one trillion retail websites over the last seven years.

“Holiday shopping is a huge investment and consumers get more sophisticated every year with their online and mobile shopping in order to secure the most popular gifts at the best prices,” said Gaffney.

Australia is the second lowest country for holiday shopping as a total percentage of online spending, ahead of only Japan. The Austrians are the most eager Christmas shoppers. 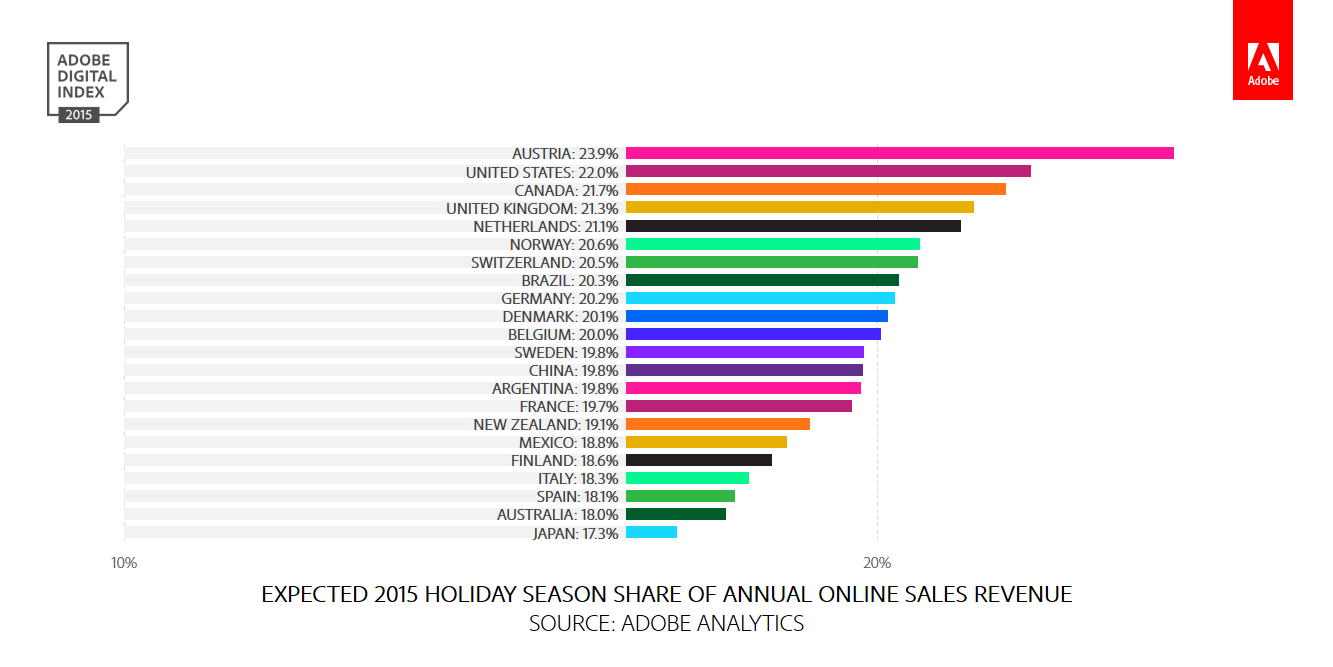 On a per capita basis, nobody comes near the Swiss for online spending, while the Italians spend the least per person online. 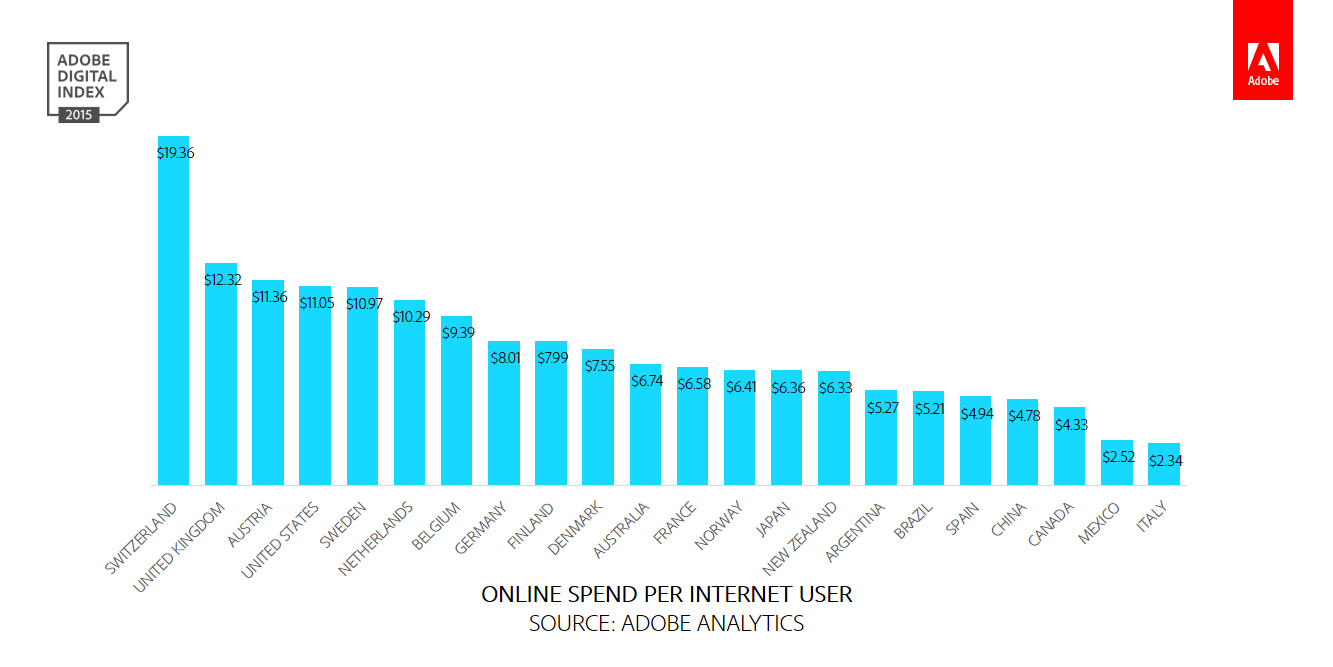 Compared to “normal shopping days”, Australia and Japan again bring up the rear, while the United States is the most excited about holiday shopping. 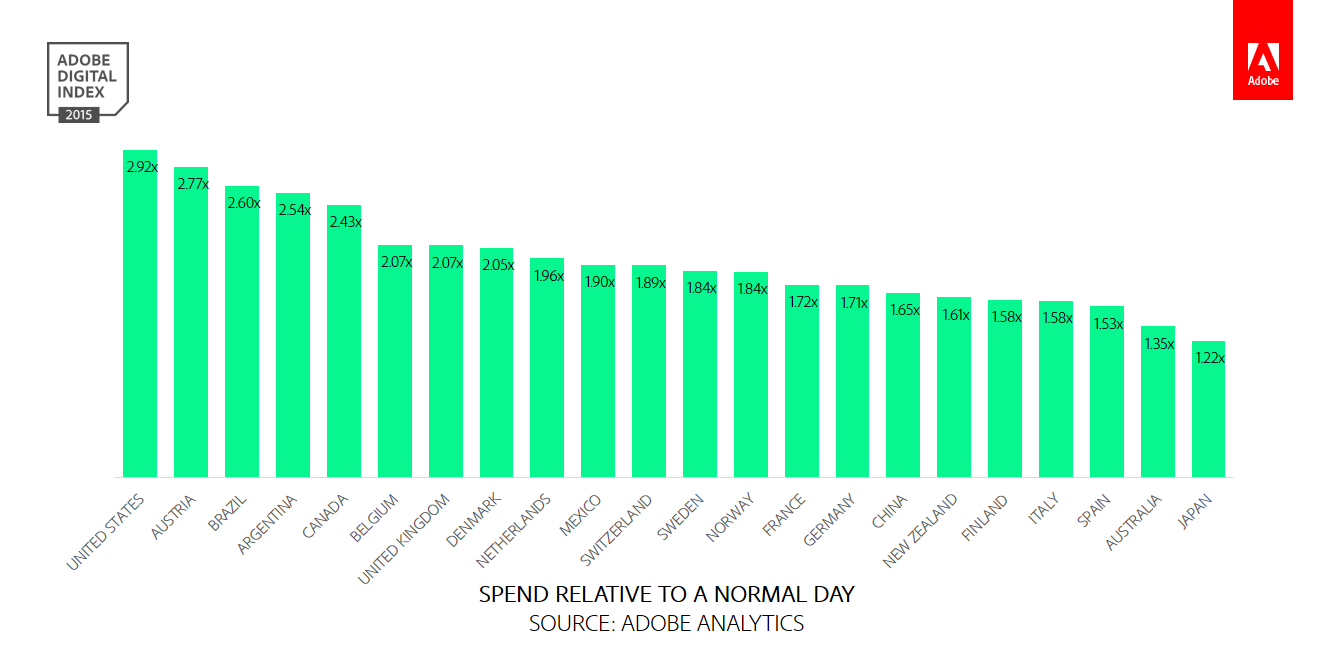 For the bargain hunters, here is Australian online retailers discounting cycle, with the days before Christmas seeing a massive increase in discounting that peaks after Boxing Day, before climbing back to full price in early January. 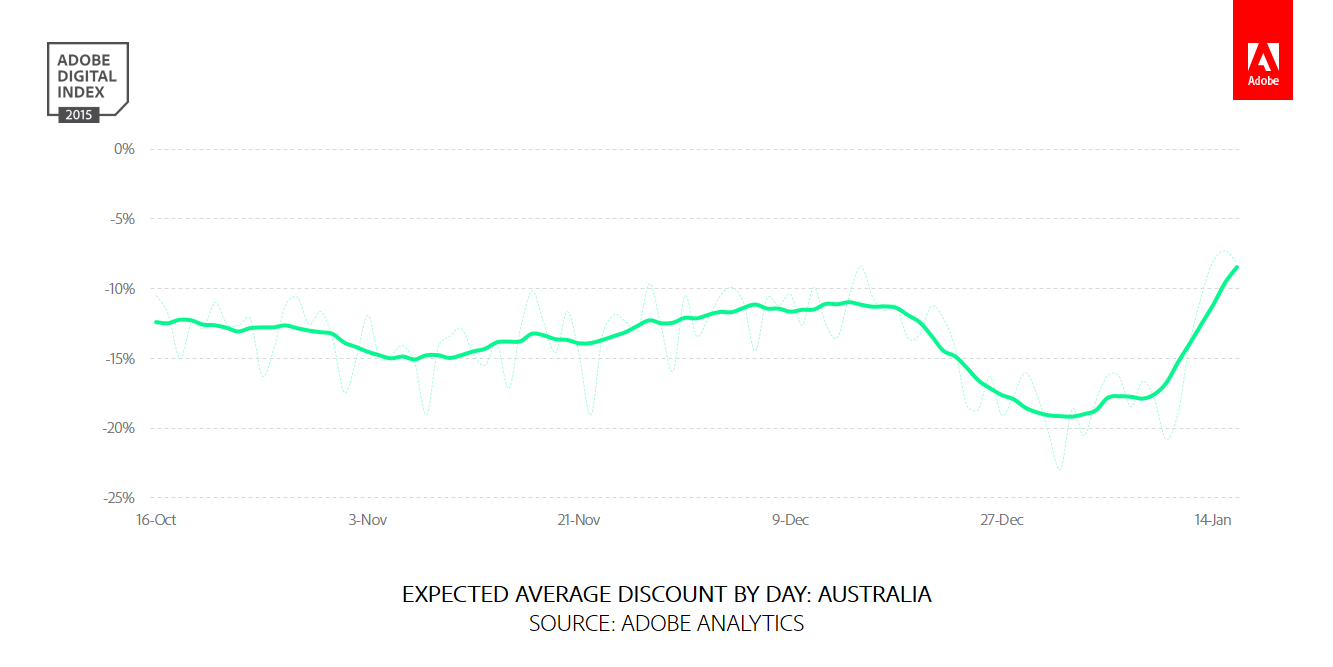 Around the world, China is expected to have the highest level of online spending during the holiday season at $150 billion, followed by the United States at over $80 billion. In Europe, Adobe is predicting the United Kingdom to have the highest online spend at around $27 billion, and in Asia Pacific, Japan is expected to see the second highest online spend in the region with US$37 billion in online sales (a 5% year-on-year growth) predicted, followed by Australia at US$7 billion.