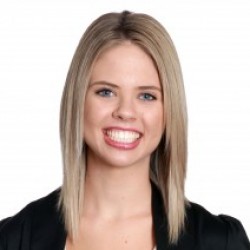 
Australian young entrepreneur Jack Delosa has teamed up with Hahn to launch Hahn JumpStart; a program aimed at fostering collaboration, idea sharing and ultimately, making these ideas a reality.

Inspired by the four guys with a shared passion for brewing high quality beer that started Hahn more than two decades ago, Hahn JumpStart encourages Australians to share their ideas and passions for the opportunity to be mentored by some of Australia’s best in business. The winning group will be rewarded with a $20,000 boost to bring their idea to life– just like the founders of Hahn, who turned their dream of brewing a better beer for Australians into a reality.

With two multi-million dollar businesses under his belt, campaign ambassador Jack Delosa not only knows what makes a good idea, but also how to take that leap and make it happen.

“Some of the best business ideas are those that have been thrown around with friends, so don’t be afraid to share even the smallest seed of a thought. Hahn JumpStart is all about capturing these ideas and providing the platform to help some lucky people bring them to fruition,” said Delosa.

“One of my true passions is to help others seize their dreams, and the Hahn JumpStart program gives people the perfect channel to do this,” added Delosa.

Now live, hahnjumpstart.com.au is a hub where groups of two or more can submit their original idea, for the opportunity to win $20,000 as well as series of personalised mentoring sessions from some of Australia’s most successful young business people. There will also be a Runner Up and People’s Choice prize involving financial and mentor support.

Matt Tapper, National Marketing Director, Lion said: “Hahn JumpStart is about helping groups of friends take an idea they’re passionate about and making it a reality. Financial support is important, but when coupled with the experience and advice of people who have had an idea and made a successful business out of it, it’s truly an invaluable prize.”

“We created this program because we believe it’s at the heart of what Hahn is all about – collaboration, passion and taking a risk on a new idea you believe in. Since our first beer was brewed back in 1988, we’ve had some amazing successes and some interesting challenges. Hahn JumpStart will give aspiring entrepreneurs the tools and tips to help make their idea a success,” said Tapper.

With all ideas welcome, mentors for the campaign span a broad range of industries, including Founder of Braaap Motorcycles and twice named Australian Young Entrepreneur of the Year, Brad Smith; founders and owners of Bondi Hardware, The Botanist and So Cal, Ben Carroll and Hamish Watts; and the brains behind innovative app, TheBestDay, Whitney Komor.

Ideas can be submitted at hahnjumpstart.com.au until 12 September 2014, with Delosa and a panel of experts selecting the final winners on 3 December 2014.