The Bauer journalist behind articles that actress Rebel Wilson claim defamed her has revealed it was all a textbook case of “chequebook journalism” because that’s how “these stories work”.

The then Woman’s Day reporter Shari Nementzik (below) told the Victorian Supreme Court yesterday that she never intended the articles, that inferred Wilson was a serial liar, to be “mean”, instead she hoped to play it up as “fun”. 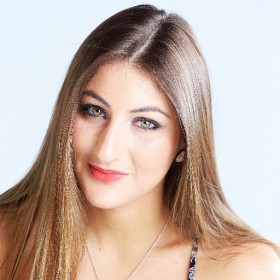 When questioned why Nementzik, who is now features director at Bauer’s Cosmo, never offered Wilson a right of reply to the articles, the journalist told the court, “That wasn’t how these stories usually work.”

Nementzik’s source of the articles was an unnamed school friend of Wilson’s who the actress claimed had become besotted by her following her Hollywood fame.

The unnamed source reportedly first offered the story to Bauer in October 2012, however, Woman’s Day didn’t believe the allegations were strong enough to run an article.

In May 2015, Woman’s Day published Nementzik’s story under the headline “Just who is the REAL Rebel?”. The article suggested Wilson had fabricated parts of her life story to improve her chances in Hollywood, including lying about her age, upbringing and being related to Walt Disney.

Wilson is claiming the series of articles damaged her career and stopped her getting lucrative film roles.

Nementzik said she was given the “go-ahead” by Woman’s Day editors to offer the source anonymity and the money before receiving the information because, “that was the environment that I was in at the time”.

The trial continues and is due to finish this Friday.