Following on from Monday’s $40 million acquisition of rival Pac Mags, the “new broom” at Bauer HQ continues with reports out today the publisher will axe its men’s softcore titles The Picture and People by year’s end.

According to reports on The Australian, the decision to ditch the iconic titles didn’t come internally, rather it was foisted on the German publisher after BP and 7 Eleven – arguably the few places you could still buy a copy – announced they would no longer stock either title. 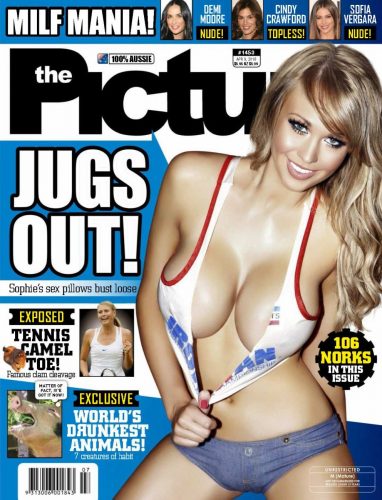 Apparently the decision to delist the magazines came after customer complaints who deemed the titles as derogatory to female customers.

Both titles are G-classified, meaning they did not need to be put in a plastic bag and anyone could buy them.

Arguably, neither title sat too comfortably among many Bauer staff and executives, nor fit well with the publisher’s mantra of being pro-women and progressing women’s issues.

People has been published in one guise or another since 1959, while Picture is nearing its 31st birthday.

To both magazine’s credit, they survived longer than many bigger named men’s titles such as Ralph and Zoo Weekly.

Also, they both still managed to keep a paid reader based as pretty much all their content moved online – and for free – over the past decade.

According to audit figures in June, both titles still enjoyed impressive readership numbers. People had a print audience of 133,000, while The Picture’s was 168,000.

As yet it’s unclear what will become of the remaining editorial staff, a Bauer spokesperson telling The Oz the publisher was working with those affected to find “suitable redeployment”.

The spokesperson added: “Discussions to close Picture and People Magazines have been taking place as the magazines have lost ranging, which has affected their commercial viability.

“As closures impact a number of people, including some staff and suppliers, they need to be well considered and timed appropriately.”

Previously, Bauer had offloaded underperforming titles to smaller publishers, however, it is unclear if there were any bidders for Picture and People.