The report is based on data comparison of more than 2,600 Australian brands in 2017 collated using Online Circle Digital’s proprietary tool, Social Pulse.

The page with the most engage audience went to fashion retail brand Showpo, with Popcherry and ABC News coming in second and third respectively, with the latter experiencing fan growth of nearly 40 per cent. 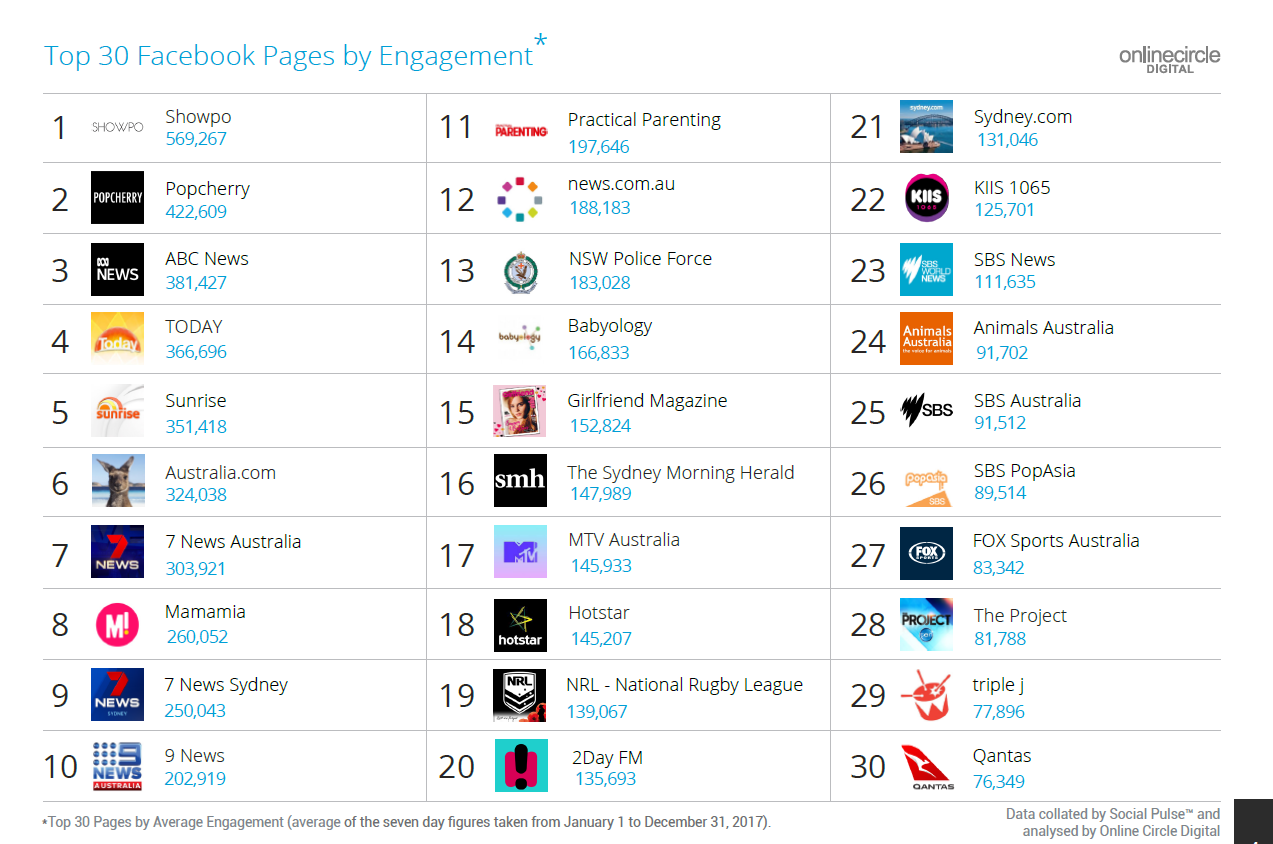 For the top Facebook pages in terms of fans, Aussie band 5 Seconds of Summer claimed pole position, while Australia.com and Iggy Azalea rounded out the top three. 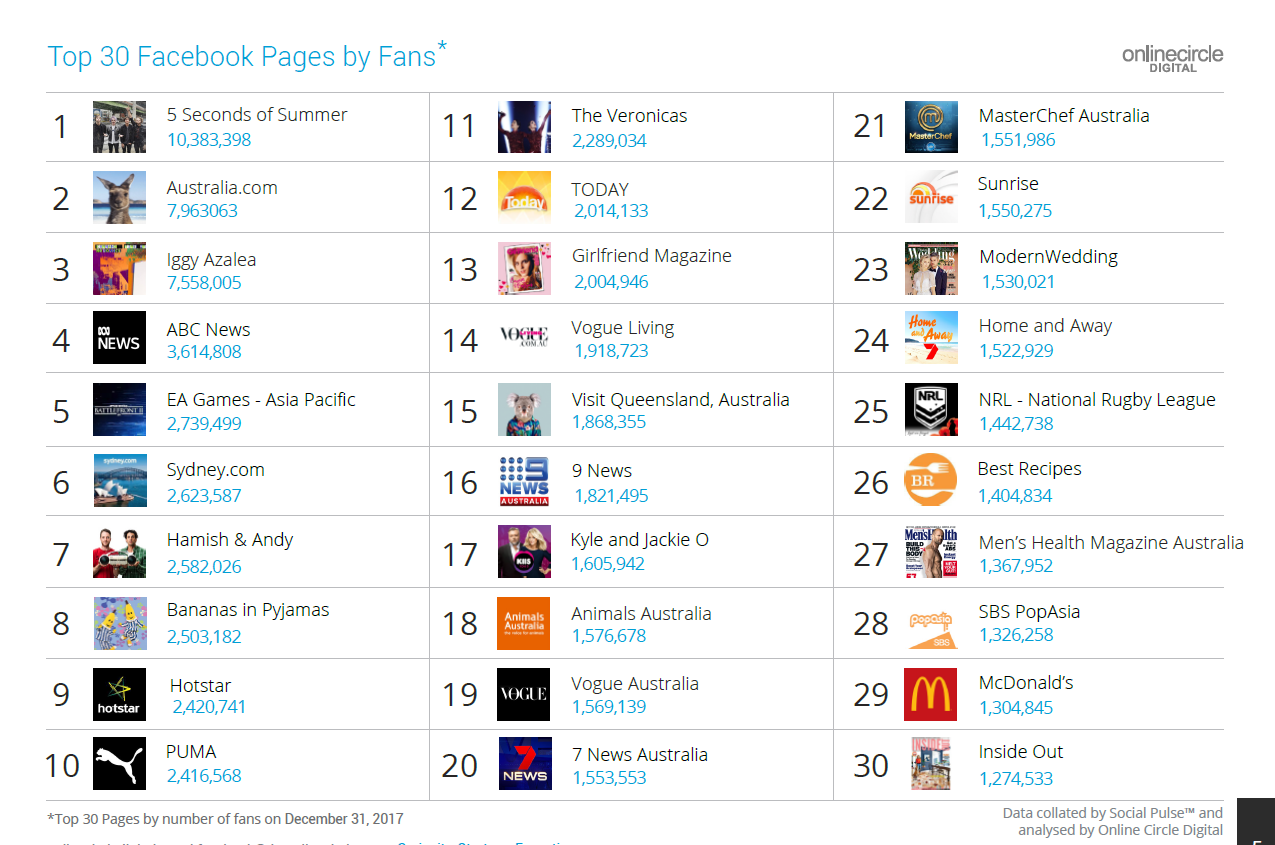 News and magazines led the way as the most engaging industry represented on Facebook, followed by TV shows and fashion retail. 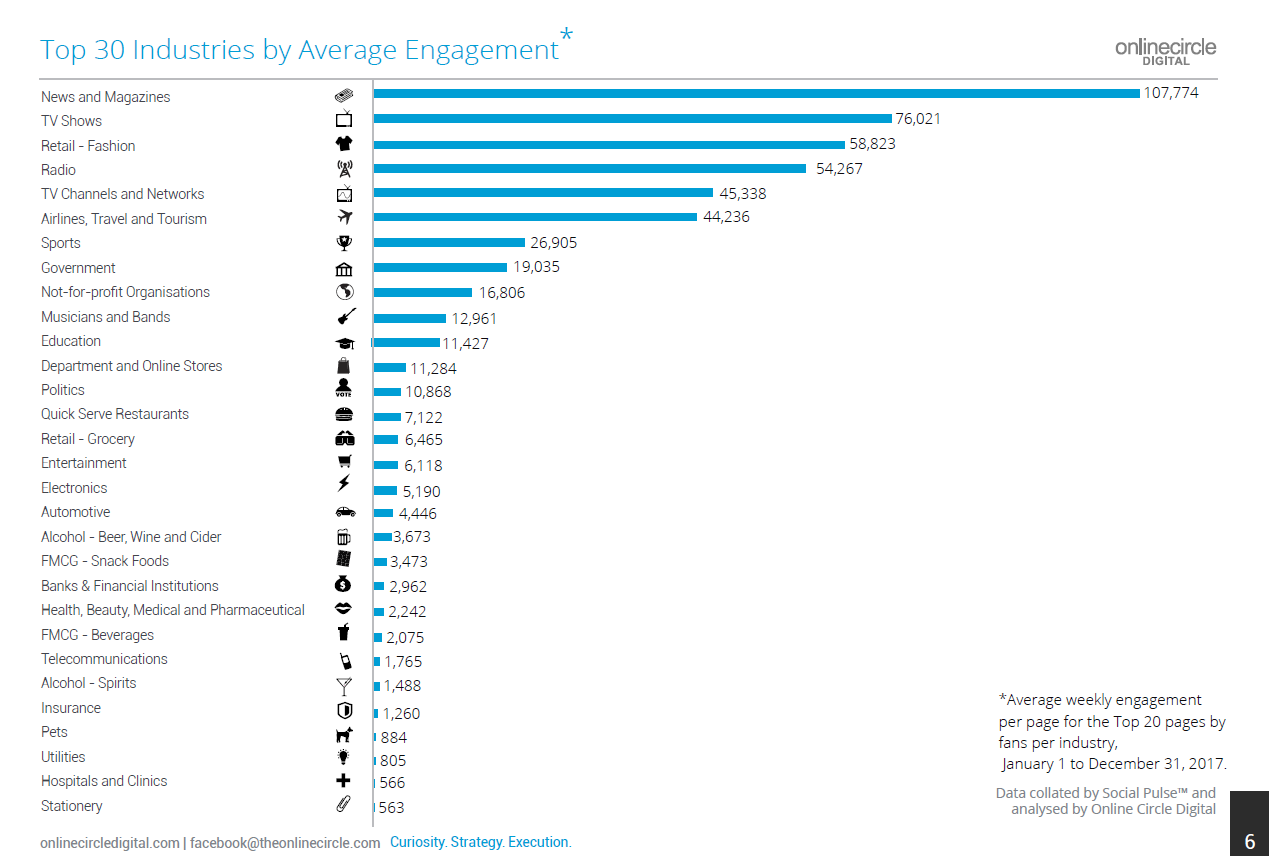 The top three industries by the number of fans were musicians and bands; news and magazines; and airline travel and tourism. 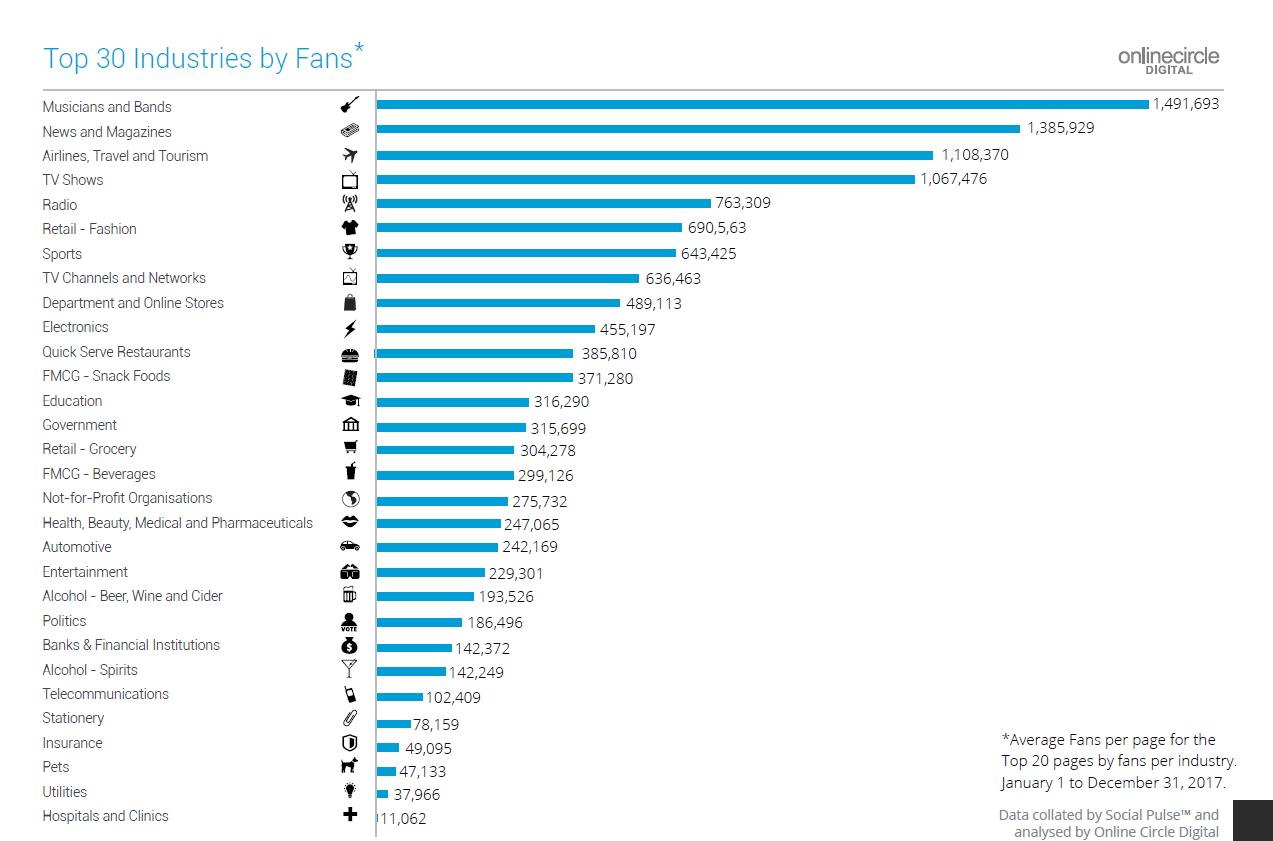 Meanwhile, the fastest movers in terms of engagement for the year were retail, non-for-profits and education. Conversely, the biggest drops in engagement by industry were seen in pets, FMCG snacks and banks. 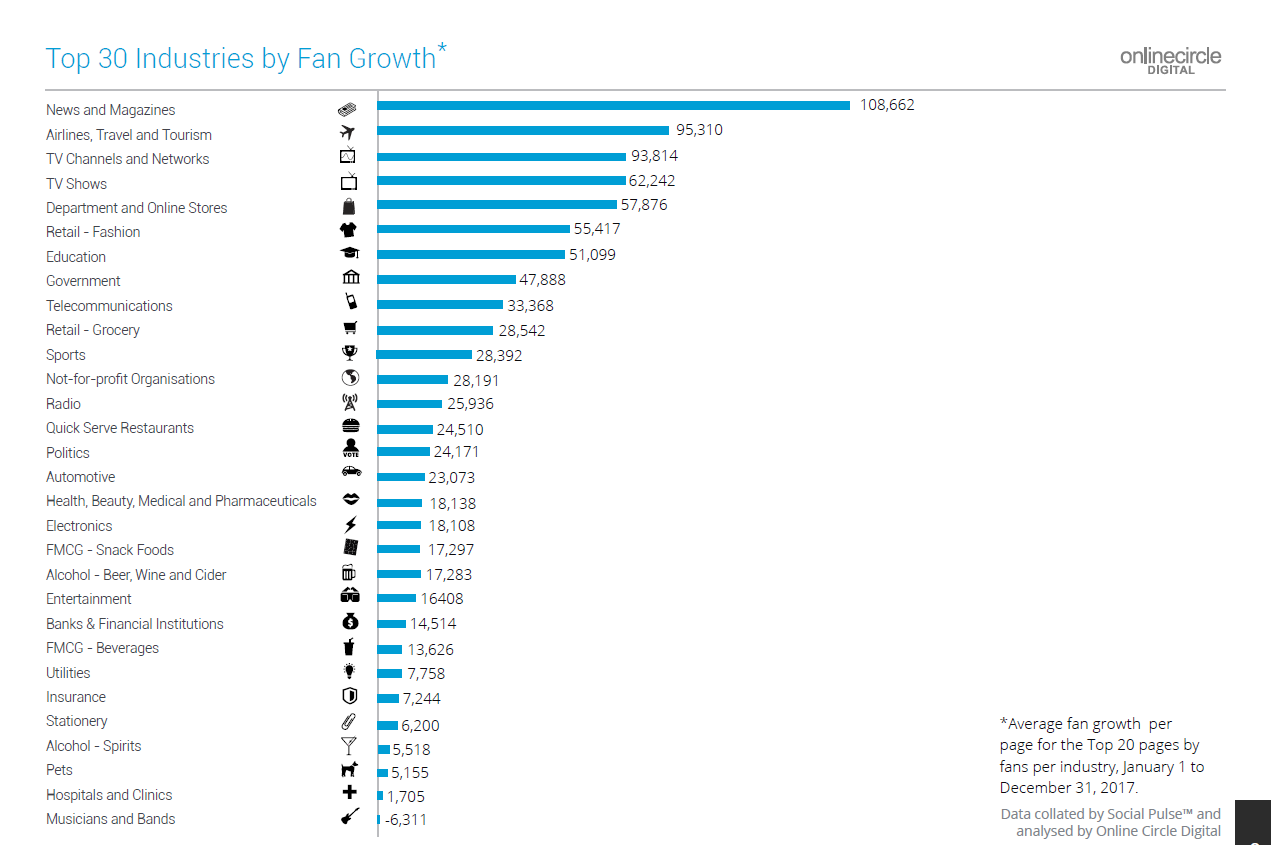 “In 2017, we see retail and NFP rising on the back of the equal rights discussion,” he said.

“’Causes’ have found their way into Facebook, with pages like ‘Animals Australia’ finding its way into top 30 of most engaged pages.”