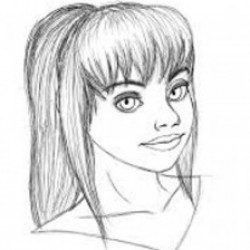 Australians are the eager consumers who have a zeal for shopping running in their veins. In addition to this, they have firm fervor for saving money on the purchases they make. For this reason and intent, online daily deals are the new reason of enticement among the shoppers in Australia.

Myriad reasons have led to daily deals becoming tremendously famed among the populace of this nation. Of course, saving money is the biggest factor for this popularity but such deals also makes the store popular among the buyers and the rate of returning augments to a significant extent due to it. Let’s try to understand how Australians are getting driven towards online daily deals.

A crave for online bargains and deals can be witnessed in Australians. To quench this hunger in the consumers, many online sites have started offering direct deals. Previous years have seen a massive growth in the online market that has increased the revenue of the online business stores as well. Daily deals are specially designed to satiate this quest in consumers and thus the Australians are welcoming with both their arms.

The daily deal industry in Australia has grown really big. As per the estimations, the daily deal industry in Australia will reach to $1 billion in the year 2015. This industry was worth $600 million in the year 2012. The facts state that around half of the total consumers who use daily deals return to the websites that provide the bargains and daily deals. Costumer acquisition is termed as an imperative factor for customer’s inclination towards daily deals. This growth in industry indicates that Australians are fervent to use these sites and it makes certain the bright future of such stores in the country.

According to the reports of Australian Commerce and Media Authority (ACMA), the cross border shopping has been a growing trend in Australians. The overseas shopping sites that provide the entrancing daily deals are also in the range of consideration among the buyers in Australia. This proves how vital offering such deals can prove out in this nation. The price factor, costumer acquisition and many more… All of the elements that draw a buyer towards loving daily deals are proving relevant in Australia. Saving hard-earned money is always a priority of a person and it is leading to a growth in the daily deal industry along with satiating the buyer’s pursuit of making pocket happy as well.