According to Roy Morgan, 2019’s spends will be up 2.6 on the year previous and when it comes to what kids want under the tree, a Netflix subscription topped the list.

The streaming service topped the Kids’ Cool List in Roy Morgan’s Young Australians Survey for a second straight year – with Netflix nominated as “really cool” by 66 per cent of 6-13 year olds (up three percentage points on 2018) and more than 70 per cent of 10-13 year olds.

In second place is 2016’s former number one, the Apple iPad on 60 per cent, then the Apple iPhone on 53 per cent. Netflix is in top spot for both girls and boys ahead of the iPad with girls putting the Apple iPhone in third spot although for boys it is the Sony Playstation 4 that takes third spot. More than twice as many boys as girls say they consider the PlayStation 4 “really cool”. 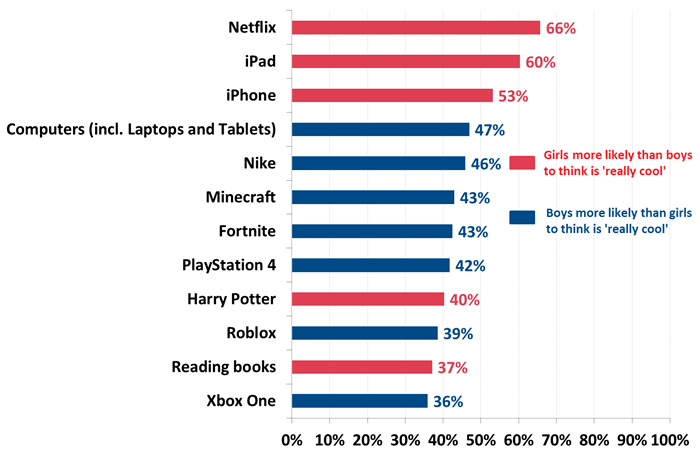 Gifts that girls rate “really cool” also include products by or featuring Disney, Adidas, L.O.L. Surprise, Minions, The Simpsons and Wonder Woman, while boys are opt for Nerf Guns, Spiderman, Iron Man, the Nintendo Switch and The Hulk.